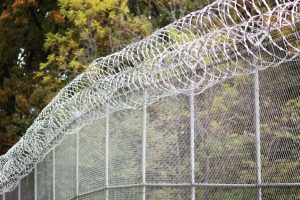 The joint hearing of the Senate Criminal Law and Public Safety committees addressed truth-In-sentencing laws that mandate violent offenders serve more of their sentence; mandatory minimums that restrict judicial discretion and require longer sentences for crimes; three-strike enhancements to sentences that give repeat offenders more jail time for minor crimes; and resentencing convicted persons after one of their infractions is decriminalized.

The meeting was subject matter only, meaning it was just for informational purposes and no legislative remedies were proposed or voted upon. Co-chair of the hearing, state Sen. Robert Peters, D-Chicago, called the disparities in the criminal justice system a crisis and invited his fellow lawmakers to “think boldly” when considering solutions.

“Decades of unsuccessful sentencing laws have done nothing to reduce gun violence and are rooted in a history of racist ‘tough-on-crime’ safety policies,” Peters said. “There is nothing prideful or righteous about clinging to failure. If we truly do want to win real safety and justice in our communities, then we must commit to real, tangible change.”

Witnesses from the Illinois Sentencing Policy Advisory Council, the Illinois Public Defender Association, the John Howard Association, and retired Judge Donald Bernardi advocated for moving away from potentially excessive punitive measures such as mandatory minimums. Instead, they favor prison alternatives or sentences that involve reduced prison time in return for participation in rehabilitative or counsel-related programs.

The advocates argued that public safety is enhanced when offenders have the chance to rehabilitate and are provided resources to reenter and contribute to their community. The longer a person is in the prison system, the more difficult that becomes, advocates said.

“It’s a bit anecdotal, but in discussions I’ve had with judges … we have often discussed the inability to go below a minimum,” Bernardi said during his testimony. “Judges would comment ‘I wish I could have given him probation.’ I mean that’s something I actually have heard quite a bit. I have never heard a judge complain ‘I wish I could have given the guy more time.’”

Keith Grant, president of the Public Defender Association, said it is more effective to be “smart on crime” rather than “tough on crime” in order to enhance public safety.

“We need to stop merely punishing the offense and commit to rehabilitating the defender,” he said.

According to Grant, many defendants in criminal cases will take a plea deal rather than fight charges when they are otherwise faced with long sentences due to mandatory minimums and truth in sentencing, which increase the length of sentences and the amount time served despite good behavior. 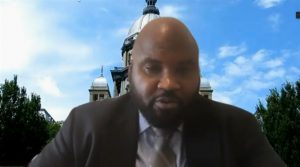 Grant said gun enhancements and mandatory minimums add decades to a person’s charge, even if they were unarmed and did not commit the crime but were an associate to the person who committed a gun crime.

“These clients are all uniformly young, male and Black,” he said.

Witnesses from the Illinois State’s Attorneys Association agreed with making drug sentencing more equitable. They also advocated for more government-provided resources to underserved communities in terms of education, housing, economic assistance and counseling to reduce crime. The group also said providing more resources to inmates such as work release and work study programs could assist in the rehabilitation effort.

The state’s attorneys, however, pushed back on calls to do away with mandatory minimums and truth-in-sentencing laws.

“What our concern is as prosecutors, is we are doing our jobs to protect the public from the wolves, not the sheep,” Justin Hood, president of the association, said during his testimony.

He also emphasized that prosecutors do not look at the race or gender of the individual when deciding criminal charges, but instead focus on the crime itself and the defendant’s criminal history.

“I understand it looks bad with race going along with some of the more serious crimes,” Hood said later in the hearing when answering a question from committee chairman, state Sen. Elgie Sims, D-Chicago. “A lot of us are just really trying to protect the people and the public and give our victims the best support we can.”

While acknowledging it wasn’t an apples-to-apples comparison due to the size of the U.S., witnesses from the Illinois Sentencing Policy Advisory Council and the John Howard Association said Illinois and the U.S. in general could take a note from the German prison system. German inmates are held in more communal spaces and have lower rates of recidivism. Despite that, the prisons are still highly secure without compromising public safety, the advocates said.