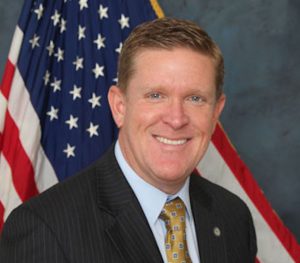 The Illinois State Police (ISP) commissioned 29 new troopers of Cadet Class 133 at a graduation ceremony at the Illinois State Police Academy in Springfield on Friday, March 4.
The new Troopers will report to two ISP patrol districts in the Chicago area.
“The new troopers of Cadet Class 133 embody the excellence that defines the Illinois State Police, and I wish them a heartfelt congratulations as they step into their new roles,” said Gov. J.B. Pritzker. “I’m proud to have worked with the Illinois General Assembly to rebuild ISP by adding hundreds of sworn officers to our forces, after their numbers were severely reduced over the last two decades. The 29 individuals who join the force today are leaders in their communities who have committed to serve and protect, and I am so grateful for their commitment. We couldn’t keep our residents safe without them.”
Cadet Class 133 marks the fifth cadet class graduation under Pritzker’s administration, which brings the total investment to 264 new troopers since 2019. Cadet Class 133 is also the most diverse cadet class ever in the almost 100-year history of the ISP, according to the ISP.
ISP Director Brendan F. Kelly welcomed the new troopers after delivering the Oath of an Officer.
“On the cusp of the ISP centennial and the largest state investment in ISP history, these brave men and women, from all walks of life, from all parts of Illinois, are stepping up to serve and helping us continue to rebuild the Illinois State Police,” said Kelly. “These new troopers will join the most professional crime fighters in the nation to advance the cause of safety and justice across Illinois, living the values integrity, service and pride.”
The new officers have been assigned to the following areas of the state and will immediately begin their patrol duties, joining veteran Troopers in the effort to safeguard the public and Illinois roadways:
•District Chicago, 10 cadets
•District 15 Downers Grove, 19 cadets
The troopers have completed a 28-week regimen of physical and classroom instruction.
In addition to the academy training, troopers are required to participate in one-on-one mentoring with Field Training Officers (FTOs) under a 14-week field training program, expanding their total training to 40 weeks.
Troopers who successfully complete the field training program are advanced to solo-patrol status.
Anyone interested in joining the ranks of the Illinois State Police is encouraged to visit the Illinois State Police Merit Board (ISPMB) website at www.illinoistrooper.com for application information.
The ISPMB is processing applications for Cadet Class 138 which is tentatively scheduled to begin in October 2022.

Cadet Class 138 has the potential to include Fast Track and Non‐Fast Track applicants. The deadline to apply and submit all required documents is June 1.
The governor’s proposed ISP budget for Fiscal Year 2023, will be the largest in ISP history and will allow for an additional 300 new Troopers.