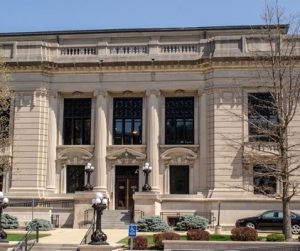 The Illinois Supreme Court said after Aug. 1, it will implement a triage period in which Illinois courts will focus on referring newly filed cases to state rental assistance programs.

SPRINGFIELD – With the state-imposed moratorium on residential evictions set to expire Aug. 1, the Illinois Supreme Court announced a plan Thursday, July 15 that provides an additional one-month “triage” period for tenants and landlords in certain cases to seek rental assistance.

Gov. J.B. Pritzker first issued an executive order prohibiting residential evictions in March 2020 in response to the COVID-19 pandemic. That order has since been revised and extended several times.

On July 14, he announced that he plans to issue a new executive order on July 23 that will allow new eviction cases to be filed beginning Aug. 1 against people who are currently covered by the moratorium. That includes people whose income is below certain thresholds and who are unable to make their full rent or mortgage payment due to a COVID-19 related hardship.

However, a prohibition on enforcement of eviction orders against those people will remain in place through Aug. 31.

In an order released Thursday, July 14, the Supreme Court said during that window, it will implement a triage period in which Illinois courts will focus on referring newly filed cases to state programs providing financial assistance to landlords and tenants.

The order states that in any eviction case filed against a person covered under the current executive order, a landlord must certify that the defendant has provided with a tenant declaration form available through the Illinois Housing Development Authority stating that they are eligible for protection from eviction. Landlords also must certify that they either haven’t received the form back from the tenant or that some other exemption in the executive order applies in their case.

Also during August, all trials and judgments involving qualifying individuals will be under a temporary stay. Courts will be allowed to hear motions for default judgment against people who fail to appear at a scheduled hearing, but “only after the defendant is given notice to appear at a separate hearing on a motion for default.”

“These cases could not be enforced until the governor’s moratorium completely expires, so this process will not delay the ultimate resolution of cases in the court system,” Judge Eugene Doherty, chief judge of the 17th Judicial Circuit and vice-chair of the Supreme Court’s COVID Task Force, said in a news release.

In May, Pritzker announced that $1.5 billion would be made available through the Illinois Rental Payment Program, which provides up to $25,000 to support households unable to pay their rent due to a COVID-19 related hardship. The program is funded with money the state received through the federal Coronavirus Aid, Relief, and Economic Security, or CARES Act.

Applications for those grants are open through Sunday, July 18, and can be completed online at ILRPP.IHDA.org.

On Wednesday, Pritzker announced that another $500 million will be made available in an additional round of applications that will open in the fall, bringing the total amount of rental assistance to $2 billion.