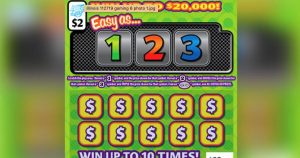 (Sixth in our series examining the expansion of legalized gambling in Illinois.

In 2007, the first iPhone was released, the final Harry Potter book was published, and Illinois draw games were no longer the majority of Illinois Lottery sales.

Every year since, instant games have brought in the lion’s share of the state’s lottery revenue. Instant game sales in fiscal year 2019 netted the lottery $1.85 billion, 64 percent of all its revenue for the year.

Since 1987, instant games have steadily become a larger portion of lottery revenue with the draw games, such as Pick 3 and Lotto, finally being overtaken by instant games in 2007.

Lottery officials see the instant games, which can be changed out more easily, as a way to draw attention to the games of chance.

“Our marketing efforts have been and continue to be centered on increasing awareness about what we do and the products we sell,” said Jason Schaumburg, communications director for the Illinois Lottery. “Instant games give us more opportunities to do that, especially around the holidays and with the specialty cause tickets we sell.”

Illinois being sixth in U.S. population, but 11th in state lottery sales would seem to indicate there are untapped markets out there for the Illinois Lottery.

“We know there is unrealized potential in our space. We also have to continue to meet the needs of our current players by offering products they want to play and an experience that is enjoyable,” Schaumburg said. “Responsible growth is our goal. We’d rather see a lot of people playing a little than a few people playing a lot.”

Individuals who do play Illinois Lottery games are turning a lot to instant games. The $1.85 billion in instant game sales for fiscal year 2019 dwarfs the second-place revenue generator for the Illinois Lottery, Pick 3, which brought in $274 million.

Instant games have generated $32 billion of the $70 billion the Illinois Lottery has brought in since its inception.

The biggest percentage increase in sales in FY 2019 was Mega Millions, which jumped 70 percent — from $125 million to $213 million. The increase was fueled by rollovers that generated some huge Mega Millions pots, including a $1.5 billion prize for one drawing.

With more casinos, video gaming terminals and sports wagering on the horizon as part of the gaming expansion bill, Illinois Lottery officials will be watching to see how their sales are affected.

“The Lottery is keenly aware of all the choices players have to spend their gaming dollars, and we monitor those closely,” Schaumburg said. “We want to stay focused on being competitive and meeting our players’ expectations.”

People will soon be able to bet on a game at an Illinois Lottery sports-wagering machine at the grocery store when picking up snacks for that game or while picking up a case of beer at a liquor store on the way to a friend’s house to watch that game.

Those terminals will not be linked to casinos, racetracks and other locations, governed by the Illinois Gaming Board.

“The Lottery’s sports wagering pilot program is set by law and is separate from the efforts of the Illinois Gaming Board. The Lottery is working to implement the sports-betting pilot program as the law mandates,” Schaumburg said. “It is too early in the process for us to discuss any particulars, such as rules, timelines and potential economic impact. However, we feel it can be a great opportunity to grow the Lottery.”

There are always concerns about an inordinate amount of lottery sales coming from lower-income areas of the state.

A 2007 analysis by the Chicago Reporter showed that low-income areas in the city that are predominantly African-American or Latino have the highest lottery sales. In addition, the analysis showed, residents in those communities spend a higher portion of their incomes on the lottery than people in more affluent areas.

“The policy also prohibits us from encouraging people to play excessively or beyond their means,” Schaumburg said. “Moderation is key for all of our players, and, as such, we have a robust responsible gaming program that includes, but is not limited to, our marketing and advertising, products we sell, and responsible gaming messaging on our tickets, in our retailers and on our website.”