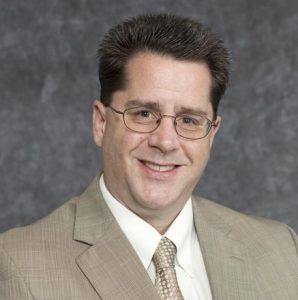 SPRINGFIELD — One day before the Tuesday, April 6 consolidated election, the Illinois State Board of Elections executive director was placed on administrative leave after being the subject of an online extortion attempt, ISBE said in a news release.

The eight-member elections board voted unanimously on Monday, April 5 to place Director Steve Sandvoss on leave, according to the release.

The board also approved the appointment of Assistant Executive Director Bernadette Matthews to serve as interim director while Sandvoss is on leave.

“The board also authorized the agency’s Chief Information Security Officer, Jeremy Owens, to cooperate fully with the law enforcement investigation, as well as conduct an internal assessment of all SBE devices to which Director Sandvoss had access and ensure the security of the Board’s systems,” the release states.

Sandvoss reported the online extortion attempt to the Illinois State Police, which is investigating the incident, according to the release.

“Based on Director Sandvoss’ description, the attempted extortion scheme appeared typical of many such online scams,” the release states. “At this time, there is no reason to believe that any election data or information has been compromised.”

Matt Dietrich, spokesperson for the Illinois State Board of Elections, did not say what specific day the incident occurred. Dietrich said he was not aware of the details about the timing of initial police contact or the investigation beyond what was in the news release.

Dietrich said the agency has no comment about the incident’s timing in close proximity to the election.

A spokesperson for the Illinois State Police did not respond to questions about details surrounding the online extortion attempt, saying it is an open and ongoing investigation.

Sandvoss became the Illinois State Board of Elections’ executive director in January 2015, after serving as the agency’s general counsel.

He has worked for the agency since 1988.