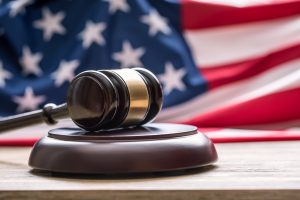 U.S. District Judge Robert Dow Jr., who presides over the three-judge panel, suggested that the entire issue of the original maps could become moot if Gov. J.B. Pritzker approves the new set of maps before the court has a chance to act on the original plan.

SPRINGFIELD – Lawyers for a Latino advocacy group told a panel of federal judges Wednesday, Sept. 1 that the new legislative district maps passed by the Illinois General Assembly the night before still dilute the vote of Hispanic citizens in the state, and they intend to proceed with a lawsuit in hopes of having them overturned.

Ernest Herrera, an attorney with the Mexican American Legal Defense and Educational Fund, or MALDEF, said the latest maps actually reduce the number of majority-Latino legislative districts in Illinois, despite the fact that the Latino population grew over the last decade, both in terms of total numbers and as a percent of the state’s overall population.

MALDEF is representing several Latino voters, mainly in the Chicago area, who filed a lawsuit in July challenging the maps that lawmakers initially passed during the spring.

Both suits name Senate President Don Harmon, D-Oak Park, and House Speaker Emanuel “Chris” Welch, D-Hillside, as defendants, along with the Illinois State Board of Elections.

A three-judge federal panel in Chicago presiding over both cases held a status hearing Sept. 1 to determine how the case should proceed in light of the General Assembly’s actions.

The maps that lawmakers initially adopted in the spring, and which Gov. J.B. Pritzker signed into law, were based on population estimates from the Census Bureau’s American Community Survey. That was because official numbers from the 2020 census were delayed, largely because of the COVID-19 pandemic. 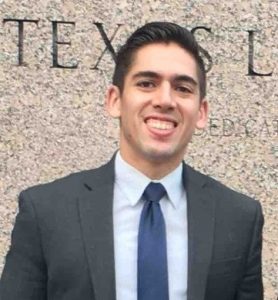 Ernest Herrera, an attorney with the Mexican American Legal Defense and Educational Fund

When the official numbers were finally released in August, they showed the overall population of Illinois had declined by 7,893, to a little more than 12.8 million. But Herrera noted that the Latino population grew by nearly 310,000.

Despite that, he said, in the new maps approved by lawmakers on the night of Aug. 31, which are now awaiting Pritzker’s approval, the number of House districts in which Latino voters make up a majority of the voting-age population would shrink to four, instead of the current five.

The number of majority-Latino Senate districts would shrink to two, instead of the current three.

Herrera said that could constitute a violation Section 2 of the federal Voting Rights Act, which prohibits voting practices or procedures that discriminate on the basis of race, color or membership in a language minority group. He said it could also constitute violations of the 14th Amendment of the U.S. Constitution, which prohibits states from denying its citizens equal protection under the law.

Herrera also said that because the new maps have not yet been signed into law, he still wants the court to declare that the maps adopted in May are illegal and unconstitutional. That would allow the court to proceed to what’s called the “remedial phase” in which the court would have oversight over how the state comes into compliance with federal law and the U.S. Constitution.

The GOP leaders are hoping that such a verdict would mean that the Democratic majority missed the June 30 deadline in the Illinois Constitution for lawmakers to approve new maps, which would trigger another state constitutional provision requiring the formation of a bipartisan commission to redraw maps where Republicans would have a 50-50 chance at controlling the process.

But attorneys for Harmon and Welch said they no longer intend to defend the original maps that prompted the lawsuit and that they believe Pritzker will approve the new maps within a short period of time.

U.S. District Judge Robert Dow Jr., who presides over the three-judge panel, suggested that the entire issue of the original maps could become moot if Pritzker approves the new set of maps before the court has a chance to act on the original redistricting plan. He also indicated that any question of invoking the state constitution to form a bipartisan commission would be a matter for the Illinois Supreme Court to decide, not the federal district court.

A trial in the case had tentatively been set for Sept. 27-29 but that is now certain to change because lawyers for both sets of plaintiffs said they will need at least a month to file their amended complaints.

The judges did not immediately set a date for the next hearing.