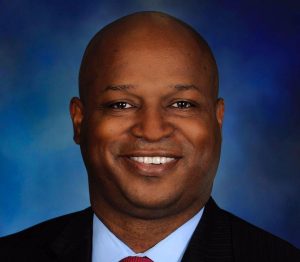 SPRINGFIELD – The 2022 session of the Illinois General Assembly will be even shorter than originally planned due to a recent surge in COVID-19 cases, Democratic leaders announced.

The session was originally scheduled to start this week with three meeting days —Tuesday, Wednesday and Thursday. But leaders announced last week that they will meet only on Wednesday this week and likely will cancel all in-person meetings the following week, Jan. 11-13.

In an announcement released Thursday, Dec. 30, House Speaker Emanuel “Chris” Welch, D-Hillside, said COVID-19 cases in Illinois had increased 130 percent over the previous two weeks while hospitalizations were up 50 percent.

“This pandemic is not over,” Welch said in a statement. “We must take necessary precautions to mitigate the spread of the virus, reduce the burden on our health care systems and keep each other as safe as possible.”

Lawmakers typically meet from January through the end of May, with a short veto session that is usually held in October or November.

This year, however, they originally planned to meet only from Jan. 4 through April 8 for a session that would focus mainly on passing a budget for the upcoming fiscal year. That was meant to leave them time to campaign ahead of this year’s primary, which was pushed back to June 28 due to delays in last year’s redistricting process.

Since late October, however, Illinois has seen a massive surge in COVID-19 cases and hospitalizations, driven in part by the new Omicron variant, with daily case counts now far exceeding their November 2020 peaks.

In January 2021, lawmakers convened a lame duck session primarily to consider a legislative package of education, criminal justice and health care reforms being pushed by the Illinois Legislative Black Caucus. During that session, the House met in a convention center in downtown Springfield, several blocks from the Statehouse, while the Senate continued to meet in the Statehouse under strict testing, masking and social distancing protocols.

When lawmakers convened the regular session later in January, both chambers adopted special rules allowing committee meetings to be held remotely and for some members to participate in floor debate and vote on legislation remotely.

“We continue to monitor the situation in an effort to protect our colleagues, our staffs and everyone else who is part of a legislative session day,” Senate President Don Harmon, D-Oak Park said. “We have work to do, and we’ve proven that we can do it, minimize exposure and keep people healthy and safe. I encourage everyone to take advantage of the vaccines and booster shots available to protect themselves and those around them.”