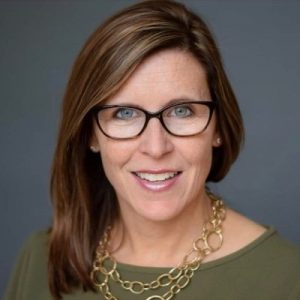 SPRINGFIELD – Nearly 50 legislators identifying as the Illinois Legislative Green Caucus signed a letter Wednesday, May 26 asking leadership to make equity and utility accountability the foundation of an energy overhaul bill expected before the General Assembly adjourns May 31.

“For too long, utilities have dictated energy policy in Illinois. It is imperative that this time around, any energy package is driven by climate, communities and consumers,” the letter read.

The letter was sent to Senate President Don Harmon and House Speaker Emanuel ‘Chris’ Welch on May 26, the same day federal prosecutors issued another indictment in an ongoing criminal investigation that heavily involves one of the state’s largest public utilities.

Tim Mapes, former chief of staff for ex-House Speaker Michael Madigan, was indicted for allegedly lying under oath and attempting to obstruct justice. It was the latest twist in an investigation which has already seen utility giant Commonwealth Edison enter into a deferred prosecution agreement in which it admitted to attempting to bribe a high-ranking public official, identified as Madigan, with no-work jobs for his associates.

Former ComEd executives Anne Pramaggiore and John Hooker, as well as former ComEd lobbyist Michael McClain, who is a close Madigan confidant, and consultant Jay Doherty, have also been indicted. Madigan has not been charged and denies wrongdoing.

A major omnibus energy bill could be released at any time with just five days remaining in the legislative session, but it is unclear when.

Rep. Ann Williams, who is the sponsor of the Clean Energy Jobs Act and a signatory on the letter, told Capitol News Illinois on Thursday, May 27 that an energy working group is continuing its effort to find a compromise, but she is “not sure” when a final package will be released.

The letter soundly rejected any energy bill which would let public utilities call the shots as to what level of subsidy they would receive.

“We will not support a bill which is simply a handout for utilities and does not prioritize climate and equity — we must be forward thinking and lead with these issues. Our constituents and communities will support nothing less,” the caucus members wrote in the letter.

The letter was co-signed by the chief sponsors of Gov. Pritzker’s Consumers and Climate First Act and the Clean Energy Jobs Act, two of the major energy proposals in negotiations. These include Chicago Democrats Rep. Kam Buckner and Sen. Celina Villanueva, as well as Williams and Sen. Cristina Castro, of Elgin, respectively.

A number of stakeholders have introduced legislation to be considered in the larger energy conversation throughout this spring session, including Ameren’s Downstate Clean Energy Affordability Act, Vistra’s ‘Coal to Solar’ plan, the Path to 100 Act which aims to jumpstart the solar industry, and the Climate Union Jobs Act.

A working group made up of lawmakers from both parties and stakeholders for the various plans has been meeting for months to try to draft a compromise plan that is acceptable to all parties.

Many of the energy proposals align in terms of goals, especially Pritzker’s proposal and CEJA, which was initially introduced to the General Assembly in spring 2019 and has been one of the most publicized bills amid ongoing energy negotiations.

Some of the similar goals include CEJA’s creation of clean jobs workforce hubs and energy investments in wind turbines and solar power, as well as electrifying the transportation sector.

The Climate Union Jobs Act includes labor standards for utility-scale projects and other project labor agreements like prevailing wage. The Path to 100 Act would increase the cap on energy bills from about 2 to 4 percent to provide funding for renewable projects, avoiding what its advocates call the “solar cliff.”

Rep. William Davis, a Democrat from Homewood and sponsor of the Path to 100 Act, was not included in the list of legislators that signed the letter. Sen. Michael Hastings, chair of the Senate Energy and Public Utilities Committee and chief sponsor of the Climate Union Jobs Act, was also not listed on the letter.

The legislators also said in the letter that the final energy bill must eliminate carbon emissions from the electric sector by a certain date and prioritize closures in environmental justice communities, as well ensure equity opportunities across all components of the bill, from workforce diversity to contractor equity to just transition.

The full text of the letter and its signatures can be found here.