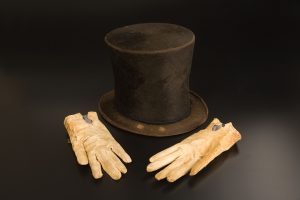 SPRINGFIELD — The foundation supporting the 16th president’s library and museum announced Wednesday, Dec. 4 it no longer needs to auction off a collection of more than 1,000 Abraham and Mary Todd Lincoln artifacts.

Officials with the Abraham Lincoln Presidential Library Foundation secured a three-year extension on a loan used to buy historical items — including the bloody gloves the former president had in his pocket when he died and a huge number of Mary Lincoln documents — from former board member Louise Taper in 2007.

The terms of the original loan, for $23 million, dictated Lake Forest Bank & Trust Company be paid back in October 2019. After it stopped making significant payments and the state refused to contribute taxpayer dollars, the foundation threatened to sell pieces from the Taper Collection to raise the remaining funds.

But the foundation, a private organization formed in 2000 which retained ownership of the artifacts, now has until Oct. 31, 2022, to repay about $8.8 million it still owes, Nick Kalm, a foundation board vice chairman, said.

“In addition to giving us the flexibility to continue fundraising, this extension means the foundation no longer needs to consider auctioning off any of the artifacts to satisfy the debt,” Ray McCaskey, chair of the foundation’s board of directors, said in a news release. “Selling these unique artifacts was clearly something no one wanted to do. Now, this important collection will remain available to everyone who visits the Abraham Lincoln Presidential Library and Museum.”

Rep. Tim Butler, a Republican from Springfield, said it is “a good sign” the foundation was able to secure the new loan deadline, something he advocated for more than a year ago. The collection, he added, is “one of the crown jewels we own collectively as a state.”

“The foundation will tell you — at least they’ve told me — that this controversy surrounding the collection has resulted in a drop in their fundraising ability, but I think … with collaboration between both the (museum on the) state side and the (foundation on the) private side, you can really leverage, hopefully, some good relationships and some good will to try to get things done,” Butler said. “At the end of the day, this is Abraham Lincoln. I think it’s a great thing to raise money for, and hopefully the foundation should be able to raise the money.” 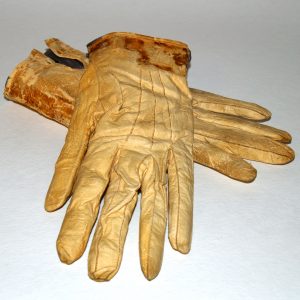 Library Foundation officials made a “larger-than-normal payment” earlier this year, according to a news release, and the new loan terms include “a more favorable interest rate,” according to an announcement.

“Having a significant loan extension at more favorable terms allows us to continue and even accelerate our fundraising efforts,” Kalm said in an email. “We have already paid down so much, and look forward to the day when we can pay it off completely.”

Sarah Phalen, foundation treasurer, said in a news release the group has “secured a viable path forward to allow us to retire the debt in its entirety.”

That path is “continued private fundraising,” Kalm said, which includes an event in Chicago in February.

The Taper Collection also includes a stovepipe hat that was believed to be one of three belonging to Lincoln, but documents obtained by WBEZ in September showed the FBI, Smithsonian National Museum of American History and Chicago History Museum could not authenticate that.

Several non-Lincoln-related items are in the collection as well. A black Marilyn Monroe dress included in the trove sold for $50,000 at an auction earlier last year.

In the foundation’s annual report, Phalen wrote it concluded the most recent fiscal year “with a strong increase in net assets over last fiscal year.”