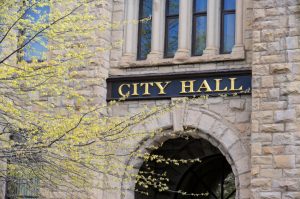 Illinois currently has a 4.95 percent income tax rate and a 7 percent corporate tax rate, and the Local Government Distributive Fund contribution has fallen to 6.06 percent of state income revenue. In 2020, Pritzker pushed an amendment to the Illinois Constitution that would have allowed for the state’s income tax to be graduated rather than flat.

SPRINGFIELD – Municipal leaders are pushing back on a proposal by Gov. J.B. Pritzker that would further reduce state funds given to local governments each year.

Several municipal groups held a virtual news conference Tuesday, April 20 to outline their concerns with the governor’s suggestion, representing over 200 municipalities in the Chicago-Metro area. Elmhurst Mayor Steve Morley, who serves as vice president for the DuPage Mayors and Managers Conference, acted as a moderator for the event.

Morley said local governments cannot afford cuts to the share of state income taxes directed to municipalities, known as the Local Government Distributive Fund, or LGDF, in light of the disastrous effects of the coronavirus pandemic on city revenues.

“We’d like to address really two issues as it relates to LGDF. One is, we want to protect against further cuts,” he said. “The other thing that we want to talk about is not only halting any further reduction in the distribution of funds that rightly belong to the municipalities, but we actually want to discuss how we restore the distribution of these funds to the original levels that were agreed upon over 50 years ago.”

According to Morley, when Illinois first adopted its flat income tax in 1969, it was agreed that 10 percent of the revenue generated from the income tax would be redistributed by state government back to municipalities.

This was the case until 2011, when Democratic former Gov. Pat Quinn reduced the LGDF share of income tax revenue, while also raising Illinois personal income tax from 3 to 5 percent, and its corporate tax rate from 4.8 to 7 percent in an attempt to balance the state’s budget.

Illinois currently has a 4.95 percent income tax rate and a 7 percent corporate tax rate, and the LGDF contribution has fallen to 6.06 percent of state income revenue.

In 2020, Pritzker pushed an amendment to the Illinois Constitution that would have allowed for the state’s income tax to be graduated rather than flat.

According to the Illinois Department of Revenue, accompanying legislation passed by the General Assembly would have kept taxes the same or lower for the vast majority of Illinoisans while raising personal income taxes for those earning over $250,000 annually. The top rate would have been 7.95 percent on those earning more than $1 million.

The state Department of Revenue projections estimated the tax increase would affect about 3 percent of Illinoisans.

Following a lopsided defeat for the amendment in November, Pritzker promised to not raise the flat tax, but suggested “painful cuts” would be necessary to balance the state’s budget. 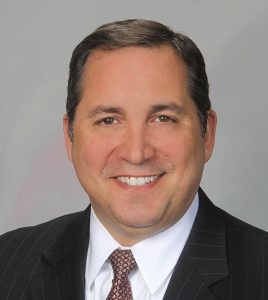 The governor’s February proposal included one such cut, another 10 percent reduction to the $1.2 billion LGDF in order to make up for a $152 million shortfall in the projected 2022 Fiscal Year budget caused by the failure of the graduated tax.

“The residents of Illinois, I think, spoke out overwhelmingly against additional taxes,” Morley said. “Now this is just another option, another way to go about taxing the residents of our municipalities and the state of Illinois when they’ve already told us that they’re taxed enough.”

Morley said that almost 10 percent of Elmhurst’s budget comes from the LGDF, and that further cuts means less money for roads, fire departments and law enforcement.

Vernard Alsberry Jr., village president of Hazel Crest, also spoke at the news conference as a representative of the South Suburban Mayors and Managers Association.

“The coronavirus pandemic and economic crisis has increased inequities and hardships faced by communities throughout the state, but nowhere is that more true than the south suburbs. Our already vulnerable region is struggling to recover,” Alsberry said. “LGDF funding is a financial lifeline to our communities.”

Many of the mayors and municipal leaders described unfunded mandates such as pensions, mandatory trainings and equipment for police departments as an unfair drain on municipalities being asked to do more while being given less each year.

“Gov. Pritzker proposed a balanced budget that is a responsible plan and makes the vital investments in agencies on the front lines of the pandemic response like public health, healthcare and family services and employment security,” a spokesperson for Pritzker said in an email Tuesday, April 20. “The Governor looks forward to working with the General Assembly to pass a balanced budget that lifts up working families who have suffered amid this pandemic and that continues to rebuild our economy.”

Despite the rate reduction in LGDF, the governor’s office said the actual amount received by municipalities will be made up by “closing corporate tax loopholes” to the tune of $228 million, which will offset the $152 million diverted from the LGDF.