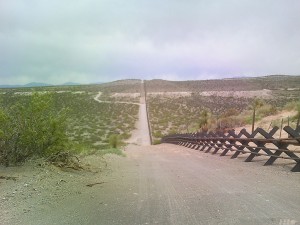 Donald Trump’s rise in the polls is inextricably linked to the issue of immigration.

He probably wouldn’t have achieved liftoff without it, and now that his campaign has entered a new phase of semi-attempted seriousness, it is fitting that an immigration plan is the first policy proposal he has committed to paper.

Amid the bar-stool bombast about deporting all illegal immigrants already here is the core of a program that is more sensible than the “comprehensive” solution offered by the political establishment.

What Trump offers is an entirely different framework for considering the issue. It is populist rather than elitist, and nationalist rather than cosmopolitan. It rejects the status quo rather than attempting to codify it. It puts enforcement first and dares to ask whether current high levels of legal immigration serve the country’s interest. In short, it takes a needed sledgehammer to the lazy establishment consensus on immigration.

First, at the beginning of the Trump plan is a statement so uncontroversial that it should qualify as pablum: “Real immigration reform puts the needs of working people first — not wealthy globe-trotting donors.” Who could disagree?

Second, at the heart of Trump’s written immigration-plan policy are enforcement measures that should be the lowest common denominator for Republicans: E-Verify, more Immigration and Customs Enforcement agents, an end to catch-and-release at the border, and a crackdown on sanctuary cities.

They aren’t accompanied with any assurances of various pathways for illegal immigrants, and this is as it should be. Enforcement of our laws should come first, so any eventual amnesty of current illegals doesn’t draw yet another population of illegal immigrants.

Finally, the written plan calls for allowing “record immigration levels to subside to more moderate historical averages.” This is an aspect of the immigration debate that almost no one else will touch. But why should we blithely accept historically high levels of legal immigration with almost no discussion?

Conventional wisdom assumes that the Trump plan is a political train wreck. The thrust of it isn’t.

Byron York of the Washington Examiner points to an academic paper that recounts the public reaction to a full gamut of seven possible immigration policies, ranging from open borders to a shutdown of the border coupled with deportation of illegal immigrants.

As York notes, the largest plurality, about a quarter of people, favor the strictest option. If you add in those favoring the two next most restrictive options — basically allowing high-skilled immigration but building a wall or deporting current illegal immigrants — you get a majority of 55 percent.

A Vox analysis looked at the public-opinion data and concluded, “There is very little support for any policy that the public perceives as increasing immigration.”

Trump is giving voice to a popular impulse almost entirely absent from the elite policy discussion. Other Republican candidates shouldn’t seek to mimic his witless bravado, nor should they follow him down the rabbit hole of his ill-considered fixations (like getting Mexico to pay for a border wall, or revoking birthright citizenship).

But they should learn from his approach, which is a blunderbuss corrective to polite opinion.