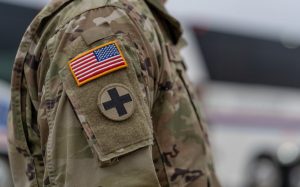 Gov. J.B. Pritzker called on Congress to repay the debt owed to the National Guard for providing security to the U.S. Capitol following the Jan. 6 riots.

The governor on July 20 urged the U.S. Senate to immediately take up legislation that would both make the National Guard whole for the D.C. mission and provide funding for critical safety and security enhancements at the U.S. Capitol.

Following the Jan. 6 attack on the Capitol, thousands of guard members from across the nation, including hundreds of men and women from Illinois, responded to the federal government’s call for assistance.

They provided critical security support for the country in a time of dire need. With expenses from the D.C. mission still outstanding, the National Guard is facing devastating prospects if this funding is not immediately repaid, including a reduction in exercises, weekend training, and potential furloughs, according to the governor’s office.

“Even as the events of January 6th were still unfolding, heroes from across the nation fearlessly mobilized in defense of their country, and every day that our debts to them go unpaid is an insult to their service,” said Pritzker.

“Here in Illinois, our Illinois National Guard soldiers and airmen have sacrificed so much over the last 18 months, leaving their homes and families, civilian jobs and universities, dropping their plans and putting their lives on hold — all to respond to the needs of our state and nation. This is about readiness and about taking care of our soldiers and airmen, but even more so, it’s about honor. I urge Congress to act quickly on behalf of the safety, security, and dignity of all Americans,” he said.

Over 25,000 Guard troops answered the call to protect the Capitol following the riots. Thousands remained in Washington, D.C. until the end of May to provide support to local law enforcement and ensure the safety of the nation’s capital city.