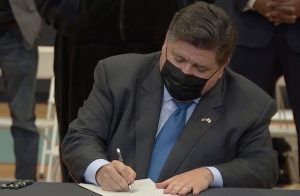 At a news conference in Chicago, Pritzker touted the Reimagine Public Safety Act which became law in June and aims to create a “comprehensive approach to ending Illinois’ firearm violence epidemic,” according to the act.

Chicago has seen 686 murders in 2021, up from the pace of one year ago, when it recorded 774 murders, a more-than 50 percent increase from the 506 murders recorded in 2019, according to the Chicago Sun-Times.

“Gun violence is devastating communities, neighborhoods, blocks and families,” Pritzker said at the news conference. “Mothers, fathers, brothers, friends, are experiencing senseless tragedies in the deaths and serious injuries of their loved ones. This work is urgent.”

The violence is worse in Black and brown communities, Pritzker said, noting, “young Black men die from gun violence at a rate 20 times higher than their white counterparts.”

“This must stop,” he said. “In Chicago, Peoria, East St. Louis, Champaign, Decatur and Rockford, in every region of the state and this nation, in communities large and small, because every part of the nation shares the history of institutionalized racism in housing, health care, job opportunities and family support services that shaped this moment.”

Pritzker said this year’s state budget includes $50 million to fund the programs laid out in the act, adding that his administration will push for another $100 million to be allocated to it each of the next two years.

All told, Pritzker’s office said the state has invested $507 million in violence prevention, diversion and youth employment programs for the current fiscal year, including $125 million funded through the federal American Rescue Plan Act. 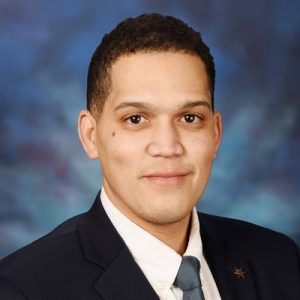 Per the governor’s news release, the state plans to begin issuing notices of funding opportunity in the final two months of this year, with a goal of outreach ramping up by summer 2022.

Pritzker named Chris Patterson to head the violence prevention effort at IDHS. One of his responsibilities, per the act, is to focus on the most violent neighborhoods in Chicago and across the state as measured by the number of per capita shootings from 2016 to 2020.

“Our work will begin in the most impacted communities in Chicago and across the state,” Patterson said at the news conference Monday. “This will include high-risk youth intervention services, violence prevention and interruption, and trauma recovery.

“The Office of Firearm Violence Prevention will help experts and expert grassroots organizations connect to people at the highest risks of gun violence victimization and take strong measures to reduce their exposure to chronic gun violence.”

He said the new office expects to be able to provide grants to organizations in 22 areas of Chicago and 15 communities across the rest of the state. Those organizations must take a data-driven approach to addressing the most violent areas, per the law.

Each year, the office must report to the General Assembly on Jan. 1, explaining the investments being made and making further recommendations on how to end gun violence.

Youth development programs in violent areas will be a major part of the law’s implementation as well.

“This is a big win for working class Black, Latino and rural white communities,” Peters said at the news conference. “The status quo policies are failing us. We see this in every corner and every ZIP code of our state. The status quo agenda is bad for public safety. We are seeing young people who are stuck, who are hurting, asking us to step up.”

Rep. Justin Slaughter, a Chicago Democrat and the bill’s House sponsor, said it will take more than state action to curb gun crime. He praised county and city leaders, including Chicago Mayor Lori Lightfoot and Cook County Board President Toni Preckwinkle, for appearing alongside state leaders and advocates Monday.

The new law and the executive order from the governor, Slaughter said, are part of an essential effort to redefine gun violence as a health crisis which “is all about the social determinants of health.”

“And what that means is education, economic development, housing, public health, environment. It’s all of these different issues and factors,” he said.

He said Illinois wants to be a national leader in gun violence prevention.

“This means prioritizing best practices, and also encouraging emerging practices,” he said. “As we onboard new and innovative ideas in this space, fiscal responsibility is ever paramount. And it’s absolutely critical that we engage in programs that are proven to be effective.”

Pritzker’s executive order is designed to help expedite implementation of the Reimagine Public Safety Act and to lay out some of the expectations for collaboration between state agencies.

The news conference came the Monday after the General Assembly’s fall veto session adjourned and Republicans tried, to no avail, to get Democratic committee chairs to call a number of public safety reforms and sentence enhancements for committee hearings.

That package includes a bill that would appropriate $100 million to the Illinois Law Enforcement Training and Standards Board to fund grants to local departments for gang violence, carjacking and motor vehicle theft prevention, as well as officer staffing.

The GOP, led by Sen. Chapin Rose, R-Mahomet, also pushed for measures eliminating good time sentence reductions for someone who brought a weapon to a penal institution or attacked a law officer.

Another Republican-backed bill would require a minimum 10-year sentence for aggravated discharge of a firearm, use of a stolen or illegally acquired firearm in an offense, unlawful possession of a weapon by a felon, armed habitual criminal offenses, or aggravated hijacking or carjacking. A second such offense would come with a life sentence.

GOP leaders have criticized Democrats for not even allowing the public safety reforms to have a public hearing.  Peters and Slaughter, however, have been critical of the GOP push, which Peters alluded to Monday as an effort to “double down on the status quo.”