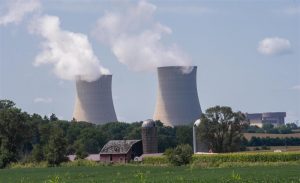 Exelon’s Byron Generating Station is pictured in Ogle County. The company has said it would close Byron and another plant by the end of the year without further state aid. (Photo by Randy Stukenberg/Rockford Register-Star)

SPRINGFIELD – With talks between labor and environmental groups at an impasse, and with the clock ticking on the impending closure of two nuclear plants in Illinois, Gov. J.B. Pritzker is urging lawmakers to quickly take up the “compromise” package he put forth in June.

“This is not something that’s left to interest groups to decide. This is a decision that gets made by the legislature and by the governor,” Pritzker said during an unrelated news conference Aug. 4. “And here we are. This bill has been put together after much negotiation over many, many months. And we now have a piece of legislation that is ready to go and it needs to be called in the legislature and voted on.”

The bill that Pritzker is pushing would put Illinois on a path to 100 percent emission-free power production by 2050. It includes nearly $700 million over five years in subsidies to keep Exelon’s fleet of nuclear power plants open, incentives for the development of more wind and solar generation and a scheduled phase-out of most coal-fired plants by 2035 and natural gas plants by 2045.

As part of a compromise, Pritzker also proposed allowing Springfield’s City Water Light and Power facility and Metro East’s Prairie State Energy Campus to remain open through 2045, provided they could find a way to capture at least 90 percent of their carbon emissions.

That legislation stalled during the spring session, in part because some lawmakers did not want to be portrayed as doing a favor for Exelon and its scandal-ridden subsidiary Commonwealth Edison. But there were also substantive disagreements between labor and environmental groups over the phase-out of fossil fuel plants, especially two large coal-fired plants in Springfield and the Metro East area near St. Louis. 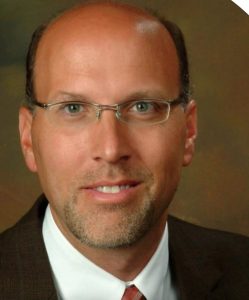 The company made similar announcements in 2016 just before lawmakers passed the Future Energy Jobs Act, which included financial support for two other Exelon nuclear power plants.

And on July 28, the company filed paperwork with the federal Nuclear Regulatory Commission detailing its long-term plans for cleanup of the sites and disposal of their radioactive nuclear waste.

“With no sign of a breakthrough on clean energy legislation in Springfield, we have no choice but to take these final steps in preparation for shutting down the plants,” Exelon Generation chief nuclear officer Dave Rhodes said in a statement.

Lawmakers have been trying to negotiate what’s known in the Capitol as an “agreed bill” – one in which all of the stakeholders have come to an agreement. But, as Senate President Don Harmon, D-Oak Park, said after a special one-day session in June when lawmakers had hoped to reach an agreement, that task proved to be difficult when working with two of the Democrats’ key constituencies, organized labor and the environmental lobby.

On Monday, Aug. 2, The Illinois Clean Jobs Coalition, which is made up of several environmental groups, and the labor-backed Climate Jobs Illinois both notified Pritzker’s office that their negotiations had reached an impasse, with labor groups insisting that fossil fuel plants be allowed to stay in operation at some level in perpetuity.

That was something labor leaders alluded to in a July 1 news conference at the Statehouse when they joined a number of business groups in announcing opposition to Pritzker’s proposal.

“These plants supply thousands of jobs for local men and women through extensive maintenance performed on them each year,” said Chad Goldschmidt, vice president of Southwestern Illinois Building Trades Council. “This would transfer Illinois into a net importer of generated power and a net exporter of jobs.” 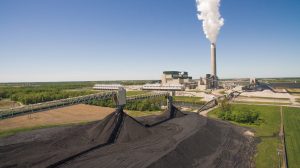 However, neither the environmental coalition nor Pritzker have been willing to accept that position.

“CJI’s insistence on allowing all coal and gas plants to stay open and pollute forever is something our communities and climate cannot afford or survive,” ICJC wrote in a letter to Pritzker.

Pritzker responded later in the day with a letter to CJI, essentially saying he had negotiated as much as he could and warning that time was running out because state officials need time to set up a financial support system for the Byron and Dresden plants before they are forced to close. He also rejected any notion that fossil fuel plants should stay open indefinitely.

“The decision to draw a line in the sand to prevent potential job loss in 2045 (when fossil fuel plants would be closed) over certain job loss in 2021 is a negotiating position that does a disservice to both workers and our climate,” Pritzker wrote.