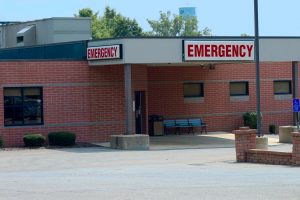 Rural communities in Illinois often are served by emergency or quick care centers that serve large regions. This lack of local healthcare access puts regions, which tend to include more low-income and older adults, at risk for poorer health outcomes.

Grant Gingerich was about 3 years old when his mother was diagnosed with breast cancer.

Olivia White was a farm girl who wanted to be a pharmacist, but a medical student mentor opened her eyes to a different path.

Andy Meister underwent orthopedic surgery when he was 28 and had a life-changing conversation with the surgeon afterward.

When you ask these three new doctors why they pursued a career in health care, they point to these instances. Their stories also intertwine with their desire to practice in rural and underserved regions throughout their home state of Illinois.

And there’s plenty. According to the Rural Health Information Hub, rural communities in Illinois have nearly 50 percent fewer physicians per capita than urban areas. This puts rural regions, which tend to include more low-income and older adults, at risk for poorer health outcomes.

One program aimed at increasing the bank of rural physicians in Illinois is the Rural Illinois Medical Student Assistance Program (RIMSAP), sponsored by Illinois Farm Bureau and the Illinois State Medical Society. 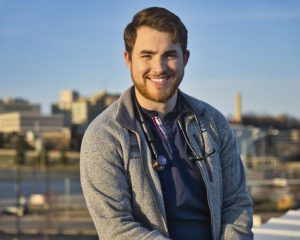 Dr. Grant Gingerich is in his fourth year as a medical student in Peoria and will soon begin applying to residency programs. He plans to specialize in either family or emergency medicine.

The partnership started in 1948 and has helped more than 800 applicants hurdle financial need or borderline academic barriers to a medical education with a recommendation for acceptance into medical school and/or loan money. In return, students must agree to practice medicine in an approved rural community in Illinois for a set number of years, depending on their situation.

As part of their agreement with RIMSAP, participating students must apply to the University of Illinois College of Medicine’s Rural Medical Education Program at its Rockford campus or the Rural Student Physician Program at its Peoria campus.

For Gingerich, RIMSAP’s stamp of approval made all the difference in his application to medical school.

“I had average scores when it came to applying to medical school, and it made it very hard for me to shine as an applicant,” said Gingerich, who grew up in Sherrard, a community of 600 in Mercer County that he remembers fondly rallying around his family during his mother’s cancer treatment.

“That’s where I got my interest as far as health care,” Gingerich said. “Growing up in the place that I did, I feel like I can relate to the problems and the issues that really are pervasive in most rural areas as far as accessing health care.”

Gingerich, now 26, is in his fourth year as a medical student in Peoria and will soon begin applying to residency programs. He plans to specialize in either family or emergency medicine.

Meister, now 34, just started his first of five years of orthopedic surgery residency at Penn State Health Milton S. Hershey Medical Center. But his journey into health care didn’t start until his late 20s. After high school, the Chillicothe native attended the United States Military Academy at West Point, then joined the Army, and is currently a member of the Army National Guard. He earned an aerospace engineering degree from the University of Illinois, then served as a missionary, and eventually took a job with Caterpillar after getting married. He also owned a cleaning business and rental properties. 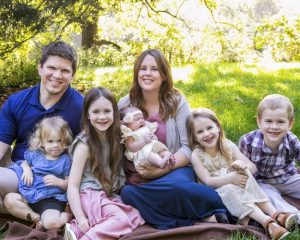 After an orthopedic surgical procedure, Meister chatted with his doctor, unaware the conversation would lead to a life-changing career switch.

“He tells me his story, and he really just gushed about the service he was able to provide his nation,” Meister recalled. “He was so excited to get up for work.”

“I heard that story and thought, ‘Oh my gosh, it’s not too late.’ I thought maybe I could have that, too.”

He credits RIMSAP for helping him overcome barriers as a nontraditional student applying for medical school.

“Despite my competitiveness on paper, I knew there would be barriers that would come up when I have a relatively unique background,” Meister said. “RIMSAP gave me the opportunity to sit down in front of the board, many physicians, many of whom working with the population I want to serve some day.

“They’re farmers, they’re just like my family. And you sit across the table and get to tell them your story. …It seemed to me our values aligned very well. They wanted someone to come back home and serve rural Illinois.”

Initially, White was eager to see the world outside of her small town of Warsaw, located in Hancock County where her father, Victor Kerr, and brother, Nathaniel, run the family farm.

“Agriculture wasn’t high on my list of career choices. And I didn’t like being in a small community and so I kind of rebelled a little bit,” said White, who attended college in Florida for a year. “I pretty rapidly realized that while (living in Florida) was a wonderful experience, it just wasn’t where I fit.”

She transferred to the University of Iowa, where she majored in human physiology and was able to job shadow different health care professions. She was also encouraged by a medical student mentor in her student interest group.

“That’s when I kind of learned that helping people in the sense of being a physician was something that I would really enjoy doing and I related well to people in rural areas,” said White, who graduated from the SIU General Surgery Residency Program last month.

White’s husband, Logan, an IFB member, pointed her to RIMSAP during her application process.

“The repayment portion was easy for me to commit to because my career goal was always to return to a small community for practice. So, it was really a no-brainer for me,” she said.

The exposure to rural health care facilities through RSPP also provided the personal guidance and attention the students desired. 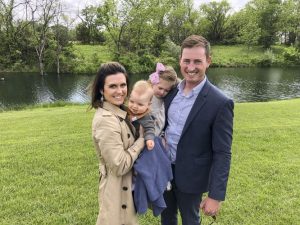 White recalls spending time at McDonough District Hospital in Macomb during the U of I program.

“Everyone was interested in answering my questions and entertaining my inquisitiveness, which I found very exciting and fun and welcoming,” she said, adding she worked with different providers on a continual basis.

And in September, she will start practicing at the same hospital as a general surgeon.

The three doctors encourage potential medical students to consider practicing in rural Illinois. From a cheaper cost of living to the feeling of community, there’s a multitude of benefits.

“I honestly think that every medical school should have some sort of rural medicine program if not a rural medicine rotation, because otherwise I don’t think students even consider or get the exposure of what it’s like in some of these areas and really get to see the benefit and the upsides to what it’s like in that kind of practice,” Gingerich said.

When the Illinois Health and Hospital Association conducted its Small and Rural Hospitals Annual Meeting in Springfield this summer, worker retention and recruitment was a major theme.

Two of the largest impacts on workforce include stress from the pandemic and a shortage of health care professionals, said Ted Rogalski, Illinois Health and Hospital Association (IHA) Board chairman and administrator of Genesis Medical Center, Aledo.

According to the Association of American Medical Colleges, the U.S. is expected to have a shortage of up to 48,000 primary care physicians by 2034.

And the challenges of recruitment and retention in rural areas is even more challenging.

“We had lost a physician and it took us two and a half years to replace that individual. This was pre-COVID,” Rogalski told FarmWeek. “Now we have another opening because we have a physician that’s going to be retiring. We have been looking for six months now. It’s just really difficult to recruit physicians, especially to our rural communities.”

Trina Casner, president and chief executive officer of Pana Community Hospital and IHA board member, said recruiting for rural health care has been a challenge since she started her role in 2012.

But one aspect that has evolved is residency programs for physicians have expanded training to include training in rural areas.

“So, they can get some experience and exposure to what it’s like practicing medicine in rural areas, which might be attractive to some of them if they know how it can be a little different than practicing in an urban setting,” Casner said.

Those benefits include autonomy, work-life balance, flexibility and culture, she said.

Both hospital chiefs said providing a supportive culture for staff is critical for retention and recruitment, especially when it comes to pandemic burnout.

“We’re really focused on their health and well-being, making sure they have resources that they might need from a behavioral health standpoint, counseling standpoint, just making sure that we stay engaged with them,” Rogalski said.

Casner, who grew up in Pana, said her hospital provides a recruitment bonus to employees, as they’re some of the best recruiters.

“And because if they’re happy here, then they’ll share that with their friends and family,” she said, adding on the retention side, the hospital ensures their benefit package is as good or better than surrounding health care employers.

The state of Illinois also has been supportive with its Illinois National Health Service Corps State Loan Repayment Program.

The program’s goal is to assist communities in recruiting health professionals willing to practice full-time or half-time in federal health professional shortage areas. Program funds are used to repay educational loans of physicians, nurse practitioners, physician assistants, nurse midwives, dentists and psychiatrists who agree to serve full-time or half-time in federally designated HPSAs in Illinois without regard for their ability to pay.

“I’ve recruited for advanced practitioners because of that benefit,” Rogalski said. “It’s a significant benefit that our urban areas cannot offer.”

“A lot of our rural health care providers are high quality and easier to access,” he said. “And if our rural communities utilize the services, they’ll be there for the long term.”