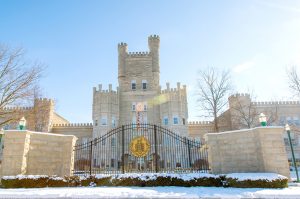 Regional economies are routinely subject to the whims of the business cycle that can lead to job losses and lower incomes for residents when a recession hits or an industry declines. But new research co-written by a team of University of Illinois Urbana-Champaign economists finds that counties that also are home to a regional public university are better able to withstand adverse economic shocks than other similar counties.

The local economies of regional public universities tend to be more resilient, resulting in fewer losses in employment, income and population during and following periods of economic tumult, said Russell Weinstein, a professor of labor and employment relations and of economics at Illinois.

“There’s a lot of interest in what makes local economies resilient to adverse conditions, and what we found was that university towns tended to weather economic storms better than others – and they’re able to do so in part because the universities themselves are economically resilient,” he said.

Weinstein’s co-authors are Greg Howard, a professor of economics, and Yuhao Yang, a graduate student, both at Illinois.

To investigate whether a regional public university improved local economic resilience, the researchers compared the placement of what were once called “normal schools” — that is, schools that were established by the state government to educate elementary school teachers in the late 19th and early 20th centuries — with the placement of state-funded mental asylums.

Most normal schools eventually grew into regional public universities, while most state-funded mental asylums were converted into psychiatric hospitals or other rehabilitative facilities, and remained small.

“What we’re able to do in this paper is compare communities that were granted universities instead of other state-funded facilities. Our assumption was that the asylum counties are a good counterfactual for what would have happened in the normal-school counties had the normal schools not turned into regional universities, as the initial selection criteria for both were very similar,” Howard said. 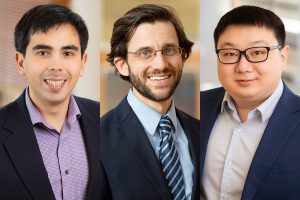 “We also see nearly full resilience when looking at population and earnings,” Yang said. “Further analysis shows universities also enable resilience to the mining employment decline of the 1980s, and to the general ups and downs of the business cycle.”

The reason why counties with regional universities fared better could be due to predictable and steady state funding, according to the paper.

“Their expenditures are resilient and that could be because they’re getting relatively stable allocations from the state government, or that student demand is more resilient at these types of universities than at other private universities,” Weinstein said.

The researchers also showed that regional universities increase the share of the local population with a bachelor’s degree, thereby increasing the aggregate education level of their local communities, which may also explain the resilience.

“We’re more cautious here, but the results suggest that this higher education level in the university counties also might explain some portion of the resilience,” Howard said. “And that can be because college-educated people themselves are more resilient to economic shocks than their less-educated peers. It may be easier for the college-educated to switch industries if one industry goes into decline.”

The study helps quantify one benefit of public funding for regional universities and higher education in general, Weinstein said.

“Our focus on regional universities contrasts with much of the existing research on the economic impact of research-intensive universities, but it’s particularly policy-relevant because these regional public universities award a large fraction of the bachelor’s degrees in the U.S.,” he said. “States may be unlikely to start or close a flagship research university, but they are more likely to propose closing, consolidating or reducing programs for regional public universities, which are more heavily reliant on state budgets for their funding. While their role as anchor institutions in local communities is often cited by their proponents, there’s been very little causal evidence until now that demonstrates the positive economic impact these less research-intensive universities have on their local economies.

“If we don’t fund these regional universities, their local economies will be more vulnerable to adverse economic shocks. They have so much influence on their surrounding communities.”