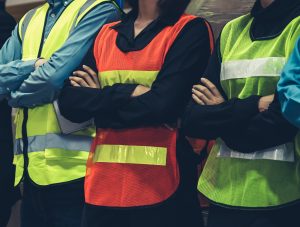 The proposed amendment would provide that employees have a “fundamental right” to organize and engage in collective bargaining over wages, hours and working conditions.

SPRINGFIELD – The Illinois House passed a proposed constitutional amendment Wednesday, May 26 that would guarantee workers in the state the right to unionize.

The proposed amendment, which passed the Senate two weeks ago, would provide that employees have a “fundamental right” to organize and engage in collective bargaining over wages, hours and working conditions. It would also prohibit the state or any local government from enacting so-called “right-to-work” laws, which prohibit contracts that make union membership a condition of employment.

Rep. Marcus Evans, D-Chicago, the lead sponsor of the measure in the House, framed the vote as a choice between standing up for the rights of workers or the interests of business.

House Republicans had been given little advance notice that the measure would come up for a vote on Wednesday, May 26 and as soon as it came up on the floor, they requested a one-hour recess so their caucus could meet and discuss their strategy.

“I literally climbed off a pole barn into the General Assembly,” he said. “I represent a working class district. I support unions and non-unions. But let’s recognize, unions don’t create jobs. Special interest pandering may create campaign donations, but it doesn’t create jobs.”

But Rep. Lance Yednock, D-Ottawa, countered that collective bargaining generally leads to safer working conditions and better economic conditions for all workers, regardless of their union status. 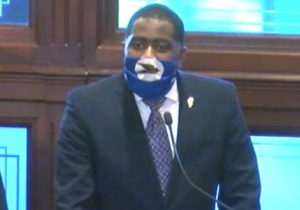 Rep. Marcus Evans, D-Chicago, speaks in favor of a proposed constitutional amendment to guarantee a right to unionize during debate Wednesday, May 26 in the Illinois House. (Blueroomstream.com)

Currently, 28 states, mainly in the Deep South and Great Plains, have some form of right-to-work laws or constitutional amendments on the books, according to the National Right to Work Legal Defense Foundation, including the neighboring states of Indiana, Kentucky, Iowa and Wisconsin.

Rep. Deanne Mazzochi, R-Elmhurst, noted that very few states have right-to-unionize amendments, and she warned of potential unforeseen consequences if Illinois adopts one.

“When the state of Hawaii tried to actually make adjustments to a pay period, they actually got hauled into court by employees who said that that represented a diminishment in (and) interference with their collective bargaining rights,” she said.

The amendment passed the House with bipartisan support, 80-30, which was more than the three-fifths majority needed for passage. It will next be placed on the November 2022 general election ballot where it will need approval from three-fifths of all those voting on the question, or a simple majority of all ballots cast in the election, to be ratified.