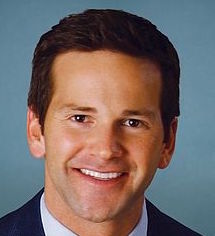 Schock sought to move the trial closer to home for his convenience. The judge ruled against it, saying the case in Springfield won’t impede Schock, though it could delay her other cases.

Schock, who represented the Illinois 18th Congressional District covering most of Central Illinois, was indicted Nov. 10 on 24 counts of fraud, including nine counts of wire fraud and one of mail fraud. Additionally, he faces five counts of false filings with federal election officials, six counts of false tax returns, two counts of making false statements and one count of theft of government funds. All are felonies that carry a maximum 20-year sentence.

From 2008 until his resignation in March 2015, Schock allegedly led an extravagant lifestyle; Super Bowl Tickets bought, then sold for profit, expensive photographic equipment, private jets, lavish gifts, and most notably, office renovations to the theme of the PBS series, “Downtown Abbey.”

Schock’s attorney, George J. Terwilliger III, maintains the former congressman’s actions are accounting errors, and accused the Justice Department of issuing a proverbial witch hunt. “These charges are the culmination of an effort to find something, anything, to take down Aaron Schock,” Terwilliger said in a November press release.

Schock is scheduled for arraignment Dec. 12 in Springfield. The hearing was originally scheduled for Nov. 21, but was delayed because Schock was preparing for an “international business trip.” According to prosecutors, the trail should take approximately six weeks, and about 100 government witnesses are expected to testify.

In another matter, on Dec. 9 the judge denied prosecutor’s request for a gag order, which would limit comments from all parties.