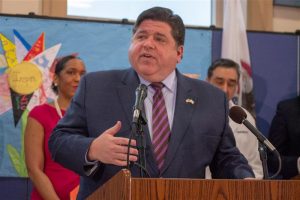 House Bill 3902 passed the General Assembly during the 2019 fall veto session. It reinstates a tax break that was in place starting in 2010, but which was allowed to expire in 2015 without state tax officials or other public bodies taking note.

From 2015 through last year, many manufacturers in Illinois continued selling their products without collecting the tax, resulting in an estimated $50 million in unpaid taxes owed to the state, according to one aviation industry estimate.

The bill reinstates that tax break through Dec. 31, 2024. It also provides that the tax exemption applies “continuously” from Jan. 1, 2010, through 2024, including the years during which it had actually lapsed. It does not, however, allow any manufacturer who charged the tax during that time to claim a tax credit or refund.

The tax exemption applies to the sale of “materials, parts, equipment, components, and furnishings incorporated into or upon an aircraft as part of the modification, refurbishment, completion, replacement, repair, or maintenance of the aircraft.”

“This exemption was designed to create jobs and bring industry to the state of Illinois by putting Illinois on a level playing field with other tax-exempt states, and it worked,” Sen. Rachelle Crowe, a Glen Carbon Democrat, said on the Senate floor.

She noted there are 14 facilities in 10 communities in Illinois that host aircraft parts manufacturing. Those facilities employ an estimated 3,700 individuals.

The Senate action came one day after the House voted 107-0 to override the veto, with two House members voting “present.” The Senate vote was 54-1, with recently appointed Democrat Patrick Joyce, of Essex, voting against.

In his veto message Nov. 25, Pritzker argued the state was not in a position to offer retroactive tax breaks. And in an email Wednesday, his press secretary, Jordan Abudayyeh, said that is still the governor’s position.

“The governor still believes giving private aircraft companies tens of millions of dollars in past due tax forgiveness is not the right fiscal decision for our state as we face billions in debt associated with unpaid bills, a multi-billion-dollar structural deficit, and critical needs in schools and public safety services,” she said. “He looks forward to working with the General Assembly to move forward and build on the progress that’s been made to put the state on firm fiscal footing and support and create good jobs throughout the state.”