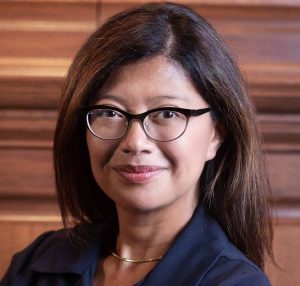 SPRINGFIELD – All high schools in Illinois would be required to offer instruction in how to understand and evaluate news and social media as part of their computer literacy courses under a bill that advanced out of a Senate committee Tuesday, May 18.

Sen. Karina Villa, D-West Chicago, argued in the Senate Education Committee that the bill is needed because vast changes in the media landscape that have occurred in recent years.

“In the digital age, the internet has become the primary public square,” she said. “Young people consume, create and share news throughout digital media. They debate and discuss social issues, politics and civic issues in online spaces. They’re also vulnerable to persecution and misinformation.”

During the lame duck session in January, lawmakers passed an education reform bill backed by the Illinois Legislative Black Caucus that was aimed at improving racial and ethnic equity in education. That bill, which Gov. J.B. Pritzker in March, included a requirement that all schools provide “developmentally appropriate” computer literacy instruction.

Villa said that House Bill 234 would add to that requirement by including “media literacy” within the definition of computer literacy, beginning in the 2022-2023 school year.

According to the bill, that would include instruction on accessing information across various platforms; analyzing and evaluating media messages; creating their own media messages; and social responsibility and civics.

But Sen. Terri Bryant, R-Murphysboro, questioned how objective schools could be in teaching students how to evaluate news stories by separating factual news from “fake news.”

“What’s fake news and what is not fake news,” she asked.

“So the teachers themselves would be deciding what’s fake news, by their own opinion,” Bryant asked.

She asked hypothetically what would happen if a district decided that CNN anchor Anderson Cooper was a liar. “They could basically say that anything Anderson Cooper says is fake news,” Bryant said.

Villa, however, said the instruction would just be designed to teach students how to verify information in a news story in order to evaluate for themselves what is accurate and what is not.

The bill passed out of the committee by a vote of 7-2 and now heads to the floor of the Senate. It previously passed the House, 68-44, on March 20.

The committee also advanced a bill that would require the Illinois State Board of Education to adopt rules to greatly curtail the use of time outs, isolated time outs and physical restraint in all public schools and nonpublic special education facilities.

That is an issue that lawmakers tried to tackle during the lame duck session in January when a bill passed unanimously out of the Senate but stalled in the House.

The State Board of Education adopted rules in 2020 that were intended to phase out the use of seclusion and prone, or face-down, restraints by July of this year. House Bill 219, which passed out of the House, 113-0, on March 22, would actually give the state board another two full years, until the 2023-2024 school year, to phase out those practices.

Sen. Ann Gillespie, D-Arlington Heights, the lead Senate sponsor of the bill, acknowledged that the extension has created some opposition to the bill. She said she plans to amend the bill further before it goes to a final vote, including shortening the phase-in period so it would take effect in the 2022-2023 school year.

The use of isolation and restraint in school settings has long been criticized by advocates for students with disabilities.

Cheryl Jansen, public policy director for the disability rights organization Equip for Equality, said the practice of physical restraints in particular has been shown to be dangerous, and even lethal in some situations. She said restraint is used disproportionately on students with disabilities, and a disproportionate share of those students were Black or Latino.

Guy Stephens, who leads a group called the Alliance Against Seclusion and Restraint, said he became active in efforts to ban the practices after his autistic son was traumatized by the use of seclusion and restraint in school.

“Prone restraint is dangerous. It can lead to severe trauma and significant injuries in students, teachers and staff,” he said. “While school staff sometimes report that they need restraint to keep everyone safe, the data tells a different story. Every time restraint and seclusion is used, there’s an increased likelihood of injury, so students and teachers are more likely to be injured when using restraint.”

The bill passed out of the committee on a vote of 13-1, with Gillespie’s assurance that she would bring it back to the committee after amending it on the Senate floor.