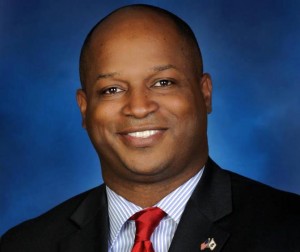 SPRINGFIELD — Since assuming his new role a few short weeks ago, House Speaker Emanuel “Chris” Welch has distinguished himself from his predecessor, Rep. Michael Madigan.

For example, Welch has unveiled changes to his leadership team and signaled plans to adjust the House rules governing the processes of bill movement.

Welch’s approach to his law firm role is yet another departure from Madigan, who remained a partner at his property tax law firm Madigan & Getzendanner during his entire tenure as House Speaker.

Welch, D-Hillside, said Saturday, Jan. 30 he has stepped away from his role as partner at Ancel Glink, a law firm that primarily represents Illinois local governments in a variety of practice areas. His wife ShawnTe Raines remains at the firm as a partner.

“When I was elected speaker, I promised to model the kind of leadership we need to restore the public’s confidence in our ethics. As a simple first step, I have stepped back from my role as partner at Ancel Glink. I will remain with the firm, but as of yesterday my relationship with the firm is of counsel. This is similar to the course of action taken by other leaders in the General Assembly,” Welch said in a written statement.

Sean Anderson, Welch’s spokesperson, declined to comment specifically on how Welch’s of counsel duties would differ from his duties as partner.

In a 2016 article on the Illinois State Bar Association website, Leonard F. Amari, co-managing partner at Amari and Locallo, wrote the term is generally understood to mean “a lawyer who is not a partner, associate, shareholder, or member of a firm, but who has some sort of a close and continuing relationship with the firm.”

“The common view of the relationship is someone who is providing close, ongoing, regular and frequent contact for the purpose of consultation and advice, perhaps acting as a trusted advisor or senior counselor,” Amari wrote.

Kathryn Eisenhart, an emerita associate professor of legal studies at the University of Illinois at Springfield, said the major difference in being a partner versus of counsel is largely financial.

While law firm partners and members earn a share of the firm’s profit on top of their income, of counsels do not, Eisenhart said.

“You’re looking at somebody who is now no longer a shareholder. That’s the important thing, I think, for Mr. Welch,” Eisenhart said.

House Minority Leader Jim Durkin, R-Western Springs, switched to of counsel from partner at his law firm, Saul Ewing Arnstein and Lehr LLP, after he was elected leader of the Republican caucus in 2013. Durkin joined the firm as a partner in 2011.

Harmon’s predecessor John Cullerton was also a lawyer. Cullerton, however, remained a partner at Thompson Coburn LLP during his 11-year tenure as Senate President.