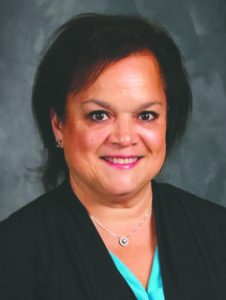 SPRINGFIELD — The Illinois State Board of Education has scheduled four hearings in different parts of the state to gather input in the coming weeks for its budget request that will be sent to the governor and General Assembly in January.

In a news release announcing the hearings, Illinois Education Superintendent Carmen Ayala touted the state’s evidence-based funding formula, which was passed in August 2017.

“Illinois has made historic investments in Evidence-Based Funding and early childhood education that have transformed entire communities,” Ayala said in a statement. “The voices of educators and community partners must be front and center as we advocate for the adequate and equitable resources our students need to continue to grow.”

That formula separates school districts into four tiers based on how far they are from adequate funding. Each district receives an adequacy target determined by a number of factors impacting student performance, such as class size, number of low-income students, English language learners and students with special education needs.

Any new funding added to the formula each year is directed first to Tier 1 schools, which are the districts that are furthest from adequacy. Per the formula, no district can receive a lesser base funding formula than they did the year before.

The formula’s goal is to bring all school districts up to a point of 90 percent adequacy by 2027, but that would require an estimated additional $4.83 billion over that span, or $660 million annually, according to ISBE.

The legislation that initiated the evidence-based formula calls for $350 million in increased state funding to the formula every year. In the fiscal year 2020 budget, passed in June, the General Assembly dedicated an added $375 million to the formula.

The upcoming hearings will be facilitated by ISBE Finance and Audit Committee Chair Jane Quinlan.

The hearings will take place:

Feedback can also be submitted online at www.isbe.net/budget. All individuals, including those planning to attend a hearing in person, should submit their funding requests through the online form.