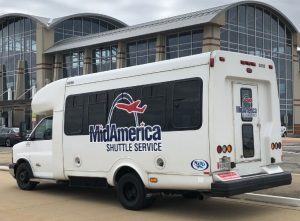 Gov. J.B. Pritzker and the Illinois Department of Transportation in January announced that almost $111.4 million has been awarded to transit providers downstate as part of the bipartisan Rebuild Illinois capital program.

The governor also announced an additional $108.3 million for public ports in Illinois. The two announcements, combined with earlier commitments of $40 million to build a port in Cairo, $244 million in additional funding to downstate transit and $96 million to extend MetroLink Service to MidAmerica Airport, contribute to a combined $601 million commitment to ports and downstate transit.

The announcement represents the second round of competitive grants awarded as part of $355 million identified in Rebuild Illinois to invest in transit outside the Chicago area.

Projects include the purchase of new vehicles as well as the construction of bus shelters, stations, and maintenance facilities to expand and improve service, provide more transportation options in downstate communities, and promote an enhanced quality of life.

“These awards to our ports and transit systems will only strengthen our status as the multimodal transportation hub of North America,” said Illinois Transportation Secretary Omer Osman. “Through Rebuild Illinois, Gov. Pritzker and IDOT continue to improve the state’s transportation system by seeking out the best projects that do the most good and getting our partners at the local level the resources they need to deliver them.”

A total of 37 transit systems are receiving $111.4 million to advance 51 projects, including:

A full list of recipients can be viewed by visiting IDOT’s Public Transportation Providers page or by clicking https://idot.illinois.gov.

Projects funded through the first round of Rebuild Illinois funded downstate transit grants include renovated bus stations and passenger information kiosks for the Champaign-Urbana Mass Transit District, a new transportation center in downtown Bloomington and a new building to serve as a headquarters, training facility and dispatch center for the West Central Mass Transit District in Jacksonville.

A third and final round of grant opportunities for downstate transit needs is anticipated in 2022.

For the state’s 19 public ports, $150 million in capital funding is available for improvement projects, the first time a state capital program is investing in waterways, with $40 million already committed to a new inland port in Cairo. The remaining $108.3 million being announced today by Gov. Pritzker is being awarded on a competitive basis. Proposals were evaluated on their ability to advance IDOT’s Illinois Marine Transportation System Plan, which prioritizes asset management performance-based decisions and projects that benefit disadvantaged or economically distressed areas.

A full list of recipients can be viewed by visiting IDOT’s Long Range Transportation page or by clicking here.

Passed in 2019, Rebuild Illinois is investing a total of $33.2 billion over six years into the state’s aging transportation system, creating jobs and promoting economic growth.