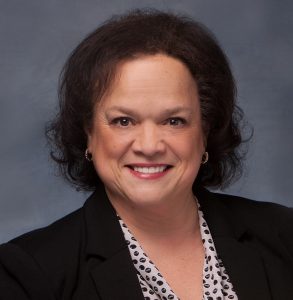 SPRINGFIELD – Illinois State Board of Education officials on Monday, March 8 made their case for an added $362.1 million to the state’s evidence-based funding formula and $50 million in early childhood education grants, pushing back on the governor’s proposal to keep state K-12 education funding flat next fiscal year.

In total, the board recommended a $406 million, or 4.6 percent, increase in fiscal year 2022 in state general revenue funding, increasing the state’s share of education funding to $9.3 billion for the budget year that begins July 1.

“While the recommendation does not represent the full need of education, it is made in recognition of the state’s current fiscal condition,” ISBE Board Chair Darren Reisberg told a House education appropriations committee. “We strongly believe this budget recommendation is necessary to provide the resources our schools, educators and students need to continue to recover equitably from the COVID-19 pandemic.”

The evidence-based funding model was passed in 2017 in an effort to direct new education funding to districts that were furthest away from funding adequacy based on a number of factors, including class sizes, local capacity to fund education and more. The formula created a target of $350 million in new state funding to be pumped into K-12 education each year in an effort to have all districts at 90 percent of adequacy by 2027.

ISBE Superintendent Carmen Ayala told the committee that in fiscal year 2018, there were 168 school districts at or below 60 percent of funding adequacy. Three years later, only 10 districts are at or below that number.

But the COVID-19 pandemic scrapped new funding for the current fiscal year, and in his budget address last month, the governor proposed taking the same approach in fiscal year 2022.

If the funding formula is to be successful in driving districts to the 90 percent adequacy target by 2027, Ayala said, the state would need to allocate an added $799 million each year for the next six years. Thus, the $362.1 million increase to the formula is the middle ground, according to ISBE officials.

Rep. Will Davis, a Democrat from Suburban Homewood who was a lead negotiator in the House for the evidence-based formula in 2017, said there are “a number of” House Democrats “who are not happy with the governor’s introduced budget” as it relates to the evidence-based funding formula.

He suggested the state should treat the funding increase as it does pension or bond debt, which is considered a baseline expense that other state spending should be built around.

“I’m just wondering if there’s a way to change the conversation until we feel a little bit more obligated to fund it appropriately,” he said. “And that’s at the minimum that we talked about, which is $350 million.”

Board officials also requested an added $50 million in funding for early childhood block grants to allow an estimated 9,400 additional Illinois children to take part in the program in the upcoming fiscal year.

Board officials also argued for flat funding for transportation expenses for Illinois’ public school districts, as opposed to a $7.7 million reduction in that line item proposed by the governor.

ISBE also made requests for added funding for teacher recruiting and retention programs, some of which were initiated with federal coronavirus relief funding. An Illinois Association of Regional Superintendents of Schools survey released last month showed 77 percent of 591 surveyed Illinois school districts said they have a teacher shortage problem.

That included a $5 million request for a grant program to “build educator pathways of study, beginning in high school.” ISBE also requested $1 million for the Teach for America program, and $1.5 million to support candidates in the National Board Certification process, such as covering retake fees, renewal fees and mentor stipends.

“In Illinois, 44 percent of teachers leave their initial school of employment within their first two years, and by their fifth year of teaching, 25 to 30 percent have left the profession entirely,” Ayala said.

ISBE has partnered with the Illinois Education Association and the Illinois Federation of Teachers on a virtual coach and mentor program, pairing new teachers with building mentors and virtual instructional coaches early in their careers in a retention effort. That’s currently funded through $6.5 million from the first federal Coronavirus Aid, Relief and Economic Security, or CARES Act.

Ayala said the board is hoping to continue to use federal funds, but has requested a $6.5 million appropriation to continue the program if the federal request is denied.

“The program will focus on principals who identify as a member of significantly underrepresented demographic groups, such as Black or Hispanic principals,” Ayala said.

The request also includes $6 million in funding for de-escalation training to “reduce the use of harmful disciplinary behavioral modification practices on students that are impacted by trauma.”

Last year amid the COVID-19 pandemic, ISBE created a Student Care Department aimed at meeting the needs of students on an individual and collective basis. It was funded by the CARES Act as well, but the board requested another $1.1 million should the federal government prevent further use of federal funds to continue the program.

Board officials also noted the application process for a second round of federal COVID-19 relief through the Elementary and Secondary School Emergency Relief program is currently open. Grant applications were released last week, Ayala said.

If federal lawmakers approve a coronavirus relief package backed by President Joe Biden that has already passed the Senate and is scheduled for a House vote this week, that could result in another $5 billion in ESSER funds for Illinois, according to ISBE Chief Financial Officer Robert Wolfe.

Ayala said 90 percent of ESSER second-round money goes to local districts to offset expenses incurred due to the COVID-19 pandemic. Another $213 million is set aside to ISBE, much of which has been used to address the digital divide, Ayala said.

Upon questioning from Republican Rep. Blaine Wilhour of Beecher City, Ayala said it is ISBE’s priority to have students learning in person when it is safe, although it is still up to the local district as to whether they will bring students back to schools. She said 90 percent of public districts are operating in-person or hybrid schedules at this time.

Wilhour suggested tying funding to districts being open to in-person learning, but Ayala said ISBE is not considering such a proposal.

“We have worked very strongly throughout this entire pandemic in recognizing that we have 852 school districts across the state that are very unique and diverse and special,” Ayala said. “And we have really worked at encouraging the in person instruction as much as possible but needing to recognize that every community has their uniqueness to be able to come in fully in-person.”

The ISBE committee proposal was an early step in the budgeting process which usually goes through the end of May.