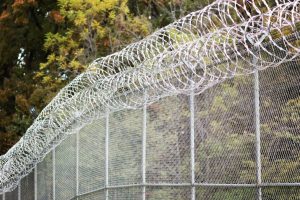 Advocates for prison reform in Illinois are calling for increased funding for post-release intervention services for individuals with mental health or substance abuse issues. (Photo courtesy of Illinois DOC)

“Over 4 million Illinoisans have criminal records that prevent them from accessing jobs, housing, public benefits and other economic opportunities,” Victor Dickson, president of the Safer Foundation, said in virtual testimony. “The most severe discrimination experienced by Black and brown people in our state with lifelong negative consequences comes from involvement in our criminal justice system.”

The Safer Foundation provides prerelease and post-release services for individuals in the prison system to successfully reenter society.

Those individuals are more likely to be homeless both before and after incarceration, have substance abuse disorders and higher chances of overdose, have mental health issues stemming from trauma and suffer from chronic health diseases. They are also more likely to suffer poverty, unemployment, crime and violence.

“So as you consider social justice reforms and social equity, please keep in mind that the inequities that exist in our state are harshest for people with records,” he said.

During his testimony, Dickson said reducing recidivism, which refers to formerly incarcerated individuals committing new crimes that land them back in jail, is the best way to promote successful reentry into society. According to Dickson, reconvicting an individual costs the state more than $118,000 per reconviction on average.

Dickson gave three policy recommendations, the first of which was creating a permanent early-release program for nonviolent felons based on one that has been enacted during the coronavirus pandemic in some regions to prevent outbreaks in the prison system.

He also called for funding for the creation of more community-based facilities that provide transition services for inmates so that those leaving the justice system have the resources to secure housing and employment. Former inmates with access to those programs are more likely to contribute to society and produce economic benefits, he said. 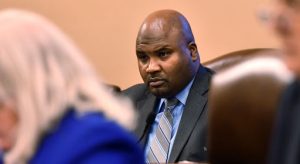 Finally, he called for increased funding for post-release intervention services for individuals with mental health or substance abuse issues. Dickson said that is the most cost-effective way to address socioeconomic disparities without having to pay for incarcerating individuals.

Pamela Rodriguez, president of Treatment Alternatives for Safe Communities, discussed diversion and reentry programs the state could implement and improve upon.

Her organization currently works with law enforcement throughout the justice system to help find alternatives and diversions from incarceration and provide substance abuse services to individuals in or at risk of being involved with the justice system.

“Neither diversion programs or reentry programs are new to the state of Illinois… The challenge for us in Illinois is implementation and bringing these things to scale,” Rodriguez said.

Rodriguez provided five recommendations to the committee. The first is expanding “authorized deflection strategies” throughout the state that provide intervention and substance abuse treatments for at-risk individuals even before there is an arrest, and holding counties and municipalities accountable for implementing such programs.

Other suggestions include increasing Medicaid enrollment assistance for individuals in the justice system to promote better health care outcomes, thus shifting the financial burden of care from the state to the federal government, making the state’s COVID-19-era telephone medical consultations permanent, and scaling up reentry services to be statewide rather than regionally available.

Representatives of the John Howard Association and the Shriver Center on Poverty Law testified that the state’s parole system and mandatory supervised release program need to be overhauled and reformed to promote better outcomes and fewer negative interactions with the justice system.

Illinois Department of Corrections Director Rob Jeffreys said IDOC was in the process of improving its parole system to be based on the individual rather than the details of their conviction.

The hearing was the fifth Senate joint hearing on criminal justice prompted by the Illinois Legislative Black Caucus agenda to end systemic racism in Illinois. That agenda, which has four pillars related to criminal justice, economics, health care and education, is meant to drive legislation for the veto session that is scheduled for Nov. 17-19 and Dec. 1-3.

Criminal justice reform has been a major topic for the Black Caucus. Black Illinoisans make up 55 percent of the state’s prison population despite only being 14 percent of the total population.

“If there were any other circumstance where those types of numbers existed, we would call that a crisis,” state Senator Elgie Sims Jr., a Chicago Democrat and co-chair of the joint committee, said during the hearing.

In a press release after the hearing, Sims addressed other issues raised by witnesses.

“Prison reform is crucial to ensure Illinoisans of all backgrounds are treated fairly. We must stop monitoring individuals who have served their time and are not a threat to society. I also do not subscribe to putting someone in prison as a means to address substance abuse.”