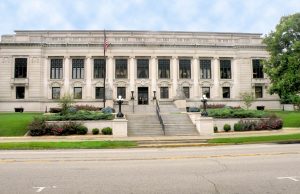 SPRINGFIELD – The Illinois Supreme Court is being asked for a second time to decide whether a state law requiring gun owners to have a firearm permit is unconstitutional – a question the court previously declined to answer.

The case involves a White County resident Vivian Claudine Brown, who was charged in March 2017 with possession of a firearm without a Firearm Owner’s Identification, or FOID card.

The charge was filed after her husband had called the White County Sheriff’s Office to report that she had fired a gun in their home. When officers arrived, they found a rifle beside her bed but no evidence that she had fired it.

Nonetheless, she was charged with the crime. But a circuit judge in White County threw out the charge, saying the Illinois law requiring potential gun owners to fill out a form, provide a picture ID, undergo a background check and pay a $10 fee to obtain a FOID card was unconstitutional, at least as it applied to Brown. The judge said it imposed a burden on Brown’s Second Amendment right to keep a firearm in her own home for self-defense.

The circuit court went on to say, even though Brown’s attorneys never raised the issue, that it is impossible to comply with the act in one’s own home. That’s because it would mean anybody who had knowledge of a firearm in the home and exclusive control over the area where it was kept could be construed as possessing the gun and therefore would have to have their FOID card on their person 24 hours a day.

The state appealed that decision directly to the state Supreme Court, but in April 2020, the high court declined to answer the question of the law’s constitutionality. Instead, it said the White County court had rushed to rule on the law’s constitutionality when it could have decided the case on other grounds, namely that the General Assembly never intended the FOID Card Act to apply in the home.

The Supreme Court then sent the case back to White County with instructions to enter a modified order that did not touch on the constitutionality question. 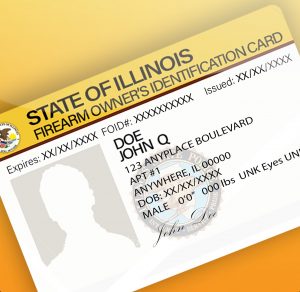 The case involves a White County resident, who was charged in March 2017 with possession of a firearm without a Firearm Owner’s Identification, or FOID card.

The White County court did that, but then in an unusual move, Brown’s attorneys asked the court to reconsider, arguing that the modified order forced Brown to take a position she didn’t want to take and one that would ultimately be overturned on appeal, thus delaying any final resolution of the case, possibly for years.

The circuit court agreed and reinstated the charges against her. Brown’s attorneys then filed a new motion to dismiss on constitutional grounds. The judge then upheld that motion, finding that “any fee associated with exercising the core fundamental Constitutional right of armed self-defense within the

The state then appealed that decision back to the Illinois Supreme Court.

During oral arguments Wednesday, March 16, Assistant Attorney General Garson Fischer argued that the law imposes only a minimal burden on people wishing to own firearms and it serves a legitimate state interest of keeping guns out of the hands of felons and mentally ill individuals.

“It imposes a de minimis burden on law-abiding citizens to allow the state to determine whether they are, in fact, a law-abiding citizen who has the absolute right to possess a firearm in their home for self-defense, or falls into one of these high-risk categories,” he said. “The FOID Card Act is the mechanism by which the state answers that question.”

Fischer also noted that Brown never applied for a FOID card in the first place and therefore should not be allowed to argue that the law was overly burdensome.

Appellate defense attorney David Sigale, however, argued that the law imposes a significant burden because it provides for criminal penalties against those who don’t comply, even if they are otherwise entitled under state and federal law to own a firearm.

In addition, he argued that the law is duplicative because there are already state and federal laws prohibiting people with felony convictions or certain kinds of mental illness from owning a gun. He also noted that the screening process the state uses to determine whether someone falls into one of those categories is fallible, which results in people who are eligible for a FOID card having to file appeals, and sometimes even hire attorneys, to overturn a wrongful denial.

Some of the justices, however, still seemed to question whether the Supreme Court even needs to address the constitutional question. Chief Justice Anne Burke questioned why Brown’s attorneys asked the White County court to reconsider a decision that effectively dropped the charges against her.

“Is it ethical for a criminal defense attorney to move to vacate an order that grants his client complete relief?” she asked.

Attorneys on both sides, however, argued that it was because the order that the White County judge would have issued — dismissing the charge on the grounds that the FOID Card Act doesn’t apply to possessing a gun in one’s own home — probably would not stand on appeal.

Justice Mary Jane Theis also hinted that the court could send the case back to White County as it did before. She then asked Sigale what his ethical obligation would be in defending Brown before an appellate court if the White County court dismissed the charge on statutory grounds and the state appealed to the Fifth District Court of Appeals.