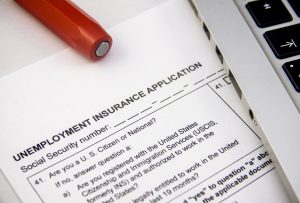 The Illinois Department of Employment Security (IDES) announced that the unemployment rate fell -0.2 percentage point to 6.8 percent, while nonfarm payrolls increased by +9,300, in September, based on preliminary data provided by the U.S. Bureau of Labor Statistics (BLS) and released by IDES.

In September, the three industry sectors with the largest over-the-month gains in employment were: Leisure and Hospitality (+5,500), Trade, Transportation and Utilities (+3,700) and Construction (+2,500). The industry sectors that reported the largest monthly payroll declines were: Manufacturing (-2,800), Financial Activities (-1,100) and Professional and Business Services (-200).

“As we continue to work through the recovery period of the pandemic, IDES is committed to helping Illinoisans find their next job opportunity,” said Deputy Gov. Andy Manar. “IDES encourages employers looking for job seekers, and those looking to reenter the workforce, to take advantage of IllinoisJobLink.com and search for available jobs and jobseekers in their area.”

“As seen throughout the year, Illinois continues to make progress in bringing residents back to work, and stabilizing industries which have been severely impacted by the ongoing effects of the pandemic,” said DCEO Acting Director Sylvia Garcia. “While we are proud of the progress we’ve made to increase employment levels from last year, we can’t take anything for granted. That is why, in addition to continued proactive health measures to beat the virus, our administration remains focused on investments that will support impacted businesses, expand workforce training and deploy capital investment to help gradually and safely restore our economy to pre-pandemic levels.”

Compared to a year ago, nonfarm payroll employment increased by +157,900 jobs, with gains across nearly all major industries. The industry groups with the largest job increases were: Leisure and Hospitality (+54,400), Professional and Business Services (+45,000), and Trade, Transportation and Utilities (+26,200).  Financial Activities (-7,900) was the only industry group that reported job losses. In September, total nonfarm payrolls were up +2.8 percent over-the-year in Illinois and +4.0 percent in the nation.