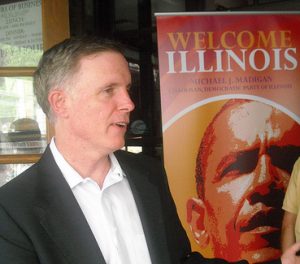 The Illinois Department of Employment Security (IDES) announced Thursday, Nov. 19 that the unemployment rate fell -3.6 percentage points to 6.8 percent, while nonfarm payrolls were about unchanged, down -1,100 jobs in October, based on preliminary data provided by the U.S. Bureau of Labor Statistics (BLS) and released by IDES.

In October, the three industry sectors with the largest over-the-month gains in employment were: Professional and Business Services (+13,800), Construction (+4,200) and Trade, Transportation and Utilities (+2,100). The industry sectors that reported the largest payroll declines were: Government (-13,500), Educational and Health Services (-6,500) and Information (-1,500).

“While the unemployment rate has steadily declined over the last several months, the governor’s office and IDES are working tirelessly to assist claimants while confronting the challenges created by the Covid-19 pandemic,” said Deputy Gov. Dan Hynes. “IDES is taking necessary steps to make claimants aware of the impending expiration to the federal CARES Act programs, set to end the week ending Dec. 26.  The department is working closely with the Pritzker administration to advocate for claimant stability at the federal level and will continue to do so throughout this pandemic.”

Compared to a year ago, nonfarm payroll employment decreased by -411,800 jobs, with losses across all major industries. The industry groups with the largest jobs decreases were: Leisure and Hospitality (-129,000), Professional and Business Services (-64,800) and Educational and Health Services (-59,600). Illinois nonfarm payrolls were down -6.7 percent over-the-year as compared to the nation’s -6.1 percent over-the-year decline in October.