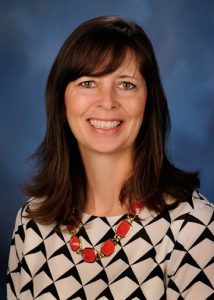 SPRINGFIELD – The House sponsor of a long-debated ethics bill that failed in the House last week said she will bring it up for another vote if lawmakers come back to the Capitol within a 15-day constitutional window in which such an action would be allowed.

But House Republicans who pulled their support from the bill say it’s time to go back to the drawing board.

Senate Bill 539, the bipartisan negotiated ethics bill, initially came up for vote after 1 a.m. June 1, with House Republicans stating a number of concerns and calling it “watered down” before it passed the House 113-5 and the Senate 59-0.

Among other things, the bill would have prohibited legislators and constitutional officers from engaging in “compensated lobbying” of a municipality, county or township “on behalf of any lobbyist or lobbying entity that is registered to lobby” the General Assembly or the executive branch. The same would have applied to elected and appointed executive or legislative officials of county, municipal or township governments.

The bill also would have made a number of changes to financial disclosure requirements and limited the ability of lawmakers to leave office and immediately go to work as lobbyists.

But after the governor signed an “amendatory veto” making what he called a technical change pertaining to language in the bill regarding the executive inspector general earlier this month, it went back to lawmakers for another round of approval, requiring three-fifths majorities in each chamber.

The Senate accepted the governor’s change unanimously Tuesday, Aug. 31 but House Republicans pulled their support, and 14 Democrats were recorded as “not voting” as several lawmakers were already on their way back to their districts. That meant the vote failed 59-35, which was 12 votes shy.

“It was a longer than anticipated day, and I think people on both sides of the aisle had some commitments that they needed to get home for,” Burke said of the Aug. 31 session. “The motion had passed handily in the in the Senate. And, you know, it was a bill that had passed 113-5 in the spring. So, you know, it was surprising that the Republicans decided to not vote for it.”

Per the constitution, lawmakers have 15 days from the first session day following the governor’s veto to accept the change or pass a complete override. That clock started Aug. 31, and when it expires the bill will be officially dead.

Burke said she was unsure of when the House would return, although other Democrats in that chamber have indicated they tentatively plan to return sometime soon to consider an energy bill that has repeatedly stalled. If they return by Sept. 12, a date representing a major deadline for the state’s nuclear power industry, they could take it up at that time.

But Republicans in the House now say the acceptance vote’s failure shows lawmakers from both parties have an appetite for stricter ethics reform.

The lack of support from the GOP this time around was spurred in large part by the resignation and public comments of Legislative Inspector General Carol Pope, who in July called the position a “paper tiger” while declaring her intent to resign as soon as a replacement is found or by Dec. 15 at the latest.

The bill would have given the legislative inspector general independent authority to launch investigations, but only after a formal complaint is filed. It would have restricted those investigations to matters that arise out of government service or employment, not to outside employment.

Pope specifically said that language would tie her hands, and she cited that as a reason for her resignation.

Rep. Avery Bourne, R-Morrisonville, who voted for the measure on its initial passage, raised concerns at the time about its effect of “disempowering” the legislative inspector general.

In a phone call Thursday, Sept. 2, Bourne said the resignation of Pope proved her concerns valid. She and two other House Republicans, Rep. Ryan Spain of Peoria and Mike Marron of Fithian sent a letter to Burke this week calling for a restart of ethics negotiations for a more forceful bill.

“Us voting for it, it wasn’t saying, ‘this is all we have to do,’” Bourne said. “But in the legislative inspector general resigning, it proves that this bill actually made the laws on ethics in Illinois worse rather than making incremental steps forward. And so I think ultimately we realized we needed a much, much stronger package; this is moving us backwards.”

Bourne said the House GOP wants ongoing public hearings and a process that doesn’t end in the late-night introduction of a privately negotiated bill at the end of a long legislative session, as was the case for SB 539.

Currently, Bourne said, the eight-member commission needs only four votes to block publication of a report, meaning one party alone could do so.

“This is a standing committee, the ethics committee,” she said. “So you know, we’re going to have more bills and ideas that people put forward. We’ve been clear about that since the beginning. … I think this bill is an excellent bill. And it’s a good start. But it’s not the end of the conversation. So let’s get this done and then continue working.”