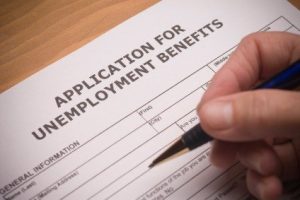 Unemployment has dropped in Illinois from more than 12 percent in January 2010 to 3.9 percent in November 2017.

Unemployment rates decreased over-the-year in November in all of Illinois’s metropolitan areas, according to preliminary data released Dec. 28 by the U.S. Bureau of Labor Statistics (BLS) and the Illinois Department of Employment Security (IDES). Data also show nonfarm jobs increased in ten of the metropolitan areas and decreased in four.

“It is encouraging that job growth was reported in 10 of the 14 metro areas,” said IDES Director Jeff Mays. “More than 30,000 of those jobs were created in the Chicago Metro area, so we need continued stronger growth statewide.”

The industry sectors recording job growth in the majority of metro areas included Professional and Business Services, (11 of 14), Mining and Construction (10 of 14), Transportation, Warehousing, and Utilities (10 of 14), Manufacturing (9 of 14), Education and Health Services (9 of 14), and Leisure and Hospitality (8 of 14).

—- Unemployment rate continues to drop in all Illinois Metro areas     —–