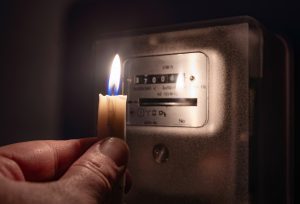 When parts of Texas’ independent power grid went offline last week due to unusually extreme cold weather in the south, the amount of expected energy production lost was equivalent to the amount of electricity used to keep the lights on in the entire state of Illinois.

During the winter weather months, Illinois uses about 20 gigawatts to produce the energy needed at peak times of the day, Andrew Barbeau, president of Midwest-based consulting firm the Accelerate Group and spokesperson for the Illinois Clean Jobs Coalition said in an interview.

The Electric Reliability Council of Texas, or ERCOT, manages the flow of electric power for the vast majority of Texas. According to the Dallas Morning News, by Wednesday, ERCOT reported 45 gigawatts total were offline, with 28 gigawatts from coal, gas and nuclear plants and 18 gigawatts from renewable sources such as wind and solar.

In a Monday interview with Bloomberg News, Dan Woodfin, a senior director for ERCOT, said Wind shutdowns accounted for 3.6 to 4.5 gigawatts, or less than 13 percent, of the 30-35 gigawatts of total outages. Only 25 percent of the state’s energy capacity is wind energy, while more than half is natural gas.

The extreme colds caused the energy infrastructure for a variety of sources to freeze.

“The issue isn’t with wind turbines, it’s with the state of Texas, and its failure to plan and make investments in the event of an extreme weather emergency,” Williams said.

Williams said that energy efficiency should be at the foundation of the conversation as Illinois prepares its grid to face increasingly extreme weather situations as a result of climate change.

But the way energy operates in Texas is also vastly different from Illinois. ERCOT is not federally regulated because its energy does not travel in or out of the state.

In Illinois, the energy grid is part of a multistate transmission entity. Northern Illinois is part of PJM Interconnection, a regional transmission organization, and the rest of the state is part of the Midcontinent Independent System Operator, or MISO.

Those organizations procure energy and capacity, which means that the power generators are paid in advance to ensure that the energy capacity will be available when it’s needed at peak usage times for years in advance.

CEJA would pull northern Illinois from PJM’s capacity auctions, allowing it to prioritize sources that are not carbon-emitting for capacity payments, but it would remain on the PJM grid.

In the event of a crisis, Illinois can rely on other states for power, while Texas is on its own.

Nuclear power is also a much larger contributor to Illinois’ grid than it is to the one in Texas. The state’s generators are also largely more equipped for the cold.

“Texas did not do any such preparations even after they had the deep freeze back in 2011,” Barbeau said. “Ultimately, they took the cheap way out…I think the big difference in Texas is there’s nobody in charge. There’s no central planning agency, there’s no one who’s there to oversee and make sure that the resources are there.”

“In times like these, that’s what we have to take away from the Texas situation…it’s really a significant national event that I think is going to have waves for years to come,” he said.

Because gas prices have been low in recent years, some areas of the country, including Texas, have become increasingly reliant on natural gas resources.

Abe Scarr, director of Illinois Public Interest Research Group, said he thinks that the crisis in Texas is revealing problems with that strategy as gas prices rise.

“There are risks inherent in relying on fossil fuels that are commodities whose price can fluctuate quite greatly based on supply and demand and in particular when weather conditions make it so we just don’t have access to those fuels,” Scarr said.

Scarr said there are needed investments in energy infrastructure and that Texas is a good example of bad investment.