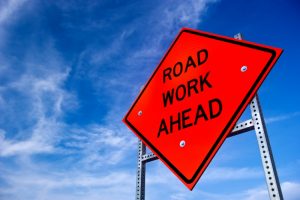 The Illinois Department of Transportation begins work Wednesday, July 8 on a $8.4 million project to replace the U.S. 150 bridge over Interstate 57. The project is one of the first steps to accommodate a new-and-improved Interstate 57/74 interchange, a highlight of Gov. J.B. Pritzker’s Rebuild Illinois capital program.

“The U.S. 150 bridge and the I-57/74 interchange represent a significant investment in the Champaign-Urbana area and one of the biggest for Central Illinois in Rebuild Illinois,” said Acting Illinois Transportation Secretary Omer Osman. “Thanks to Gov. Pritzker’s support and leadership, IDOT is committed to creating economic opportunity across the state by investing in infrastructure while improving safety and quality of life.”

Starting Wednesday, U.S. 150 over I-57 will be reduced to one lane controlled by temporary traffic signals while the new bridge is built. Occasional, overnight lane closures on I-57 will be required as well until the project wraps up in late summer 2021.

Motorists can expect delays and should allow extra time for trips. Drivers are urged to pay close attention to changing conditions and signs in the work zone, obey the posted speed limits, refrain from using mobile devices and be alert for workers and equipment.

Built in 1964, the U.S. 150 bridge has exceeded its anticipated lifecycle and due for replacement. In August, a similar project will begin on the Mattis Avenue bridges at both I-57 and I-74. All of the bridges will be built higher and longer to accommodate the new ramps as part of the rebuilt I-57/I-74 interchange.

The I-57/74 interchange project is due to start in late summer 2021, remaking a critical regional freight juncture that handles almost 40,000 vehicles a day. The new interchange will improve traffic flow and safety by eliminating conflict points and reducing turning movements.

Rebuild Illinois is not only the largest capital program in state history, but the first one that touches all modes of Illinois transportation: roads and bridges, transit, waterways, freight and passenger rail, aviation, and bicycle and pedestrian accommodations.

For IDOT District 5 updates, follow us on Twitter at @IDOTDistrict5 or view area construction details on IDOT’s traveler information map on www.GettingAroundIllinois.com.