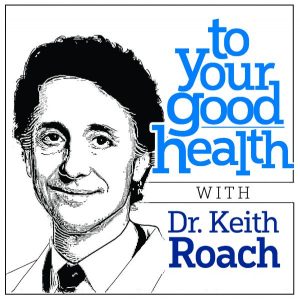 DEAR DR. ROACH: Are oral antibiotics ever prescribed to treat chalazions, in addition to eye drops and ointment? I have had two this year for seemingly no reason. They were treated with tobramycin eye drops, ointment and warm compresses. The first one didn’t resolve with those meds and was excised surgically. That eyelid then became infected without a chalazion and was treated with a second round of antibiotic drops. It remains a bit puffy and pinkish in color, which I chalked up to the new normal appearance.

Now, a chalazion has developed in the other eyelid. I don’t wear eye makeup and use an eyelid cleanser recommended by my ophthalmologist. I am an otherwise healthy 76-year-old woman. Could there be a systemic bacterial or viral infection causing chalazions to keep developing? — M.W.

ANSWER: The terms for different types of eyelid lesions can be a bit confusing. Most people are familiar with a stye, which is a localized inflammation of the upper or lower eyelid, most commonly caused by an infection of one of the glands of the external eye, usually by the bacteria Staphylococcus aureus. A stye is also called a hordeolum. An external hordeolum is in the eyelash follicle or the lid margin, whereas an internal hordeolum is inflammation in the meibomian glands, the ones that secrete mucous to help keep the eyes lubricated.

Makeup can block these glands and predispose someone to hordeola. Hordeola are treated with warm compresses and sometimes by an eye specialist, with a combination of antibiotic drops and topical steroids. Drainage by an ophthalmologist is necessary if it doesn’t get better within one to two weeks. If the infection gets into the skin around the eye, it may need oral antibiotics.

A chalazion is not an infection. It’s a usually painless rubbery mass in the eyelid. A chalazion can be a complication of a hordeolum, since the glands are blocked by inflammation, leading to thickened secretions from the gland. Since it’s not an infection, neither oral nor topical eye antibiotics are useful. These also usually get better with warm compresses over weeks to months. People with recurrent chalazia should be considered for biopsy, since they can turn out to be tumors in rare circumstances.

DEAR DR. ROACH: I am a 72-year-old female with numerous health issues, including three types of epilepsy. About two years ago, I experienced watching my pillow turn into bubbles and ants marching across my bedroom ceiling. They remained there and did not join me in bed, thankfully. After some time, they went away — until this week. I am awake and alert when I see them, and it always happens at night. Due to a staphyloma, I only have vision in one eye. I was also born with cataracts and had those, along with age-related ones, removed at age 69 and 70. I am wondering if these visions I am experiencing could be yet another form of epilepsy. — S.G.

ANSWER: Although epilepsy can certainly cause visual hallucinations, they usually last only seconds and are not normally as complex as what you describe. Rather, I think this is more likely to be Charles Bonnet syndrome, which is associated with visual loss (that does not have to be complete). These visions are usually colored and may stay still or move, and hallucinations of animals and people are well-described. Moving the eyes toward and away from the hallucinations rapidly may suppress them. There are available medications to make them go away, which some people want and others do not.