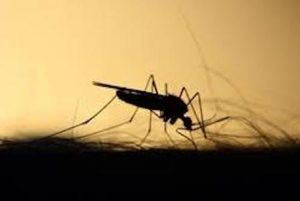 Summer is in its final days but warm weather and rainfall is still with us in early days of September.

And with that comes mosquitoes.  They will be with us for some weeks into the fall as long as the weather conditions are conducive for the resilient pest.

If you scooped a pond, you would find the infamous mosquito larvae but you would also find dragonfly and damselfly nymphs, tadpoles, and fish feeding on them. The larvae of these mosquitoes love cleaning stagnant water of bacteria, algae, and fungus. However, states University of Illinois Extension Horticulture Educator Kelly Allsup, “nothing ruins a summer outing by being bitten by a female mosquito.”

Adult mosquitoes eat nectar, pollen and honeydew (insect droppings full of sugar). However, the adult female needs the protein from your blood to produce her eggs. Allsup says, “she finds you while you are innocently gardening, injects her saliva to make your blood thin, and numbs the area before she begins to fill up with your blood. It is unclear why she chooses to bite me and not my husband, as some scientists believe it has something to do with the bacteria that live on our skin, your blood type, and the makeup of the lactic acid you produce when you sweat.”

The female mosquito leaves behind saliva that causes your body to produce histamine. This histamine causes that infamous swelling and itching.

If you are tired of being bitten, there are some steps you can take to prevent the mosquito populations in your yard. Retired Extension entomologist, Phil Nixon, says “treating the adult mosquito is not as effective in controlling the population as treating the larvae is.” He predicts more spraying will occur to control adult mosquitoes throughout the state but says the chemical rates used to kill mosquitoes will be low and most likely will not have a negative impact on other insects. Chemicals used to treat mosquitoes by cities may be pyrethroids, insect growth regulators and Bti.

Taking some of these steps to prevent mosquitoes from setting up shop in your yard can help you enjoy your gardening tasks, backyard barbeques, and summer outings without the constant barrage of itchy bites.