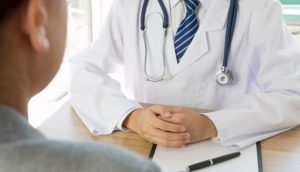 The lack of cancer screenings is attributed to individuals not having health insurance or a regular healthcare provider, or ignoring doctor-recommended screenings.

According to a recent study by the U.S. Centers for Disease Control and Prevention (CDC), screening rates for breast, prostate, cervical and colon cancer are lower than target level.

Through the 15-year study, researchers determined breast, cervical, colorectal and prostate cancer made up 40 percent of cancer diagnosed in 2013, and these cancers accounted for 20 percent of deaths.

Researchers are attributing the lack of screening to individuals not having health insurance, a regular health provider — or as simple as not following through with doctor-recommended screenings.

Even if one has no symptoms or history of cancer in their family, regular screenings are a necessity.

“Many of the above mentioned cancers have effective screening tests that carry a very low risk of complications,” says Dr. Sumin Shah, a family medicine physician at Advocate South Suburban Hospital in Hazel Crest, Ill. “These tests are life saving measures that should be completed.”

According to the CDC, the only type of cancer screening to increase in percentage over the course of 2000-2015 was colon cancer. Regardless of the increase in screenings, testing for colorectal cancer was still only 60 percent of the targeted population.

Pap tests and mammograms, both proactive ways of identifying cancer, reached 80 percent and 70 percent of the targeted population. Despite having higher rates of testing than colorectal screenings, neither showed much growth over the years.

Evaluating one’s health and knowing your own estimated risks of developing certain diseases can lead to effective treatment sooner.

Adults are encouraged to talk with their primary care physician about which screenings are appropriate and take one or more of their health risk assessments to help estimate the risk and determine what level of care is right.