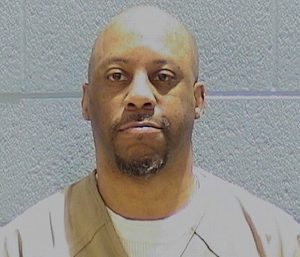 SPRINGFIELD — Gov. J.B. Pritzker has commuted the life sentence of a 57-year-old man who alleged he was tortured by Chicago police officers into confessing to two murders.

Gerald Reed was convicted in connection with the fatal shootings of Pamela Powers and Willie Williams on Chicago’s south side in October 1990. Reed, who was arrested at age 27, has been serving a life sentence in state prison since 1994.

Pritzker’s commutation for Reed on Thursday, April 1 means his sentence has been reduced to the amount of time he has already served, said Jason Sweat, chief legal counsel for the Prisoner Review Board, which makes confidential recommendations to the governor regarding clemency petitions.

He said Reed will serve a three-year period of mandatory supervised release once he leaves prison.

Jennifer Soble, Illinois Prison Project executive director and one of Reed’s attorneys, said Reed was expected to be released from Stateville Correctional Center on Friday, April 2.

“I think you’d be hard pressed to find someone as deserving of a commutation as Gerald,” Soble said in a phone interview Friday. “I was thrilled and relieved and grateful to the governor, and elated that Gerald is going to be getting released today.”

In a written statement, Special Prosecutor Robert Milan said he and the victims’ families are very disappointed by Pritzker’s commutation.

“The victims’ families and the Special Prosecutor’s Office were never notified by the Governor’s Office of today’s decision. Clearly, in Illinois, violent offenders are treated with more respect than the victims of crime,” Milan said in the statement.

Sweat disputed this claim. He said the Prisoner Review Board notified all of the victims in this case who are registered with the agency by phone at night on April 1.

Reed alleges that after he was taken into Chicago police custody on Oct. 3, 1990, the officers beat him until he confessed to the murders.

He claims the surgical screws securing the metal rod in his leg, which resulted from an old gunshot wound, came loose during the beatings he received at the hands of Chicago police officers who worked under late Chicago Police Commander Jon Burge.

Burge, who died in 2018, and his “midnight crew” of officers working beneath him, have been accused of torturing more than 100 Black suspects during the 1970s and 1980s. Burge was fired in 1993 after the Chicago Police Board concluded he used torture on crime suspects.

The commission, which was established by the state General Assembly in 2009, allows individuals to pursue torture claims in the court system that would otherwise be prevented by the statute of limitations. Claims evaluated by the commission must involve allegations that police tortured an individual to obtain a confession if that confession was then used to convict the individual.

In 2012, the commission found that Reed’s torture claims were credible and warranted court review.

Those findings led to additional court hearings to determine whether Reed’s confession should have been suppressed at trial because it was coerced. In 2018, Cook County Judge Thomas V. Gainer tossed Reed’s oral confession, vacated his convictions and ordered a new trial.

At the time, Milan indicated he would take Reed’s case to trial, even without the confession.

Prosecutors pointed to witnesses who claimed they saw Reed and his codefendant David Turner — both admitted former gang members — forcing one of the victims into an apartment “against her will,” according to court documents. They also maintain that the bullets recovered from the victims’ bodies matched the bullets in Reed’s gun.

While Reed’s sentence has been commuted, his criminal convictions are not erased.

Soble said Reed’s attorneys are continuing to work on having his indictment dismissed, which would essentially vacate his convictions and allow Reed to seek a certificate of innocence from the state.

“I think at this point there’s little question that Gerald was horrendously tortured by the police,” she said.