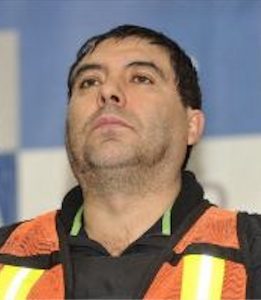 An alleged former high-ranking member of the Sinaloa drug cartel in Mexico has been arraigned in Chicago on federal drug charges following his extradition from Mexico.

Cabrera Sarabia, 50, was brought to the United States on June 12, after Mexican courts ordered him extradited on the three counts of the indictment. He remains in federal custody after pleading not guilty during a June 16 federal court appearance in Chicago before U.S. Magistrate Judge Maria Valdez.

According to the indictment, from at least May 2005 until December 2008, Cabrera Sarabia conspired with other Sinaloa cartel members to transport multi-ton quantities of illegal drugs into the United States. Cabrera Sarabia is one of more than 20 alleged members of the Sinaloa or Beltran-Leyva drug cartels to be charged in federal court in Chicago. The investigation has resulted in seizures of $30.8 million, 11 tons of cocaine, 265 kilograms of methamphetamines, and 78 kilograms of heroin.

All three charges — conspiracy to possess with the intent to distribute cocaine and heroin, conspiracy to import cocaine and heroin, and distribution of heroin — carry a mandatory minimum penalty of 10 years’ imprisonment and a maximum penalty of life in prison. If convicted, the court must impose a “reasonable” sentence under federal statutes and the advisory U.S. Sentencing Guidelines.