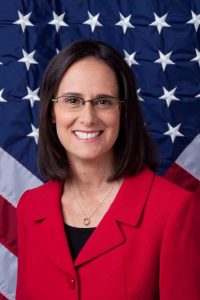 A three-member panel of the 9th Circuit Court of Appeals in San Francisco ruled 2-1 on Aug. 1 that withholding federal grant funds under an executive order signed by President Donald Trump violates the separation of powers clause of the U.S. Constitution

The appellate court ruling mirrors arguments made by Illinois Attorney General Lisa Madigan in a similar lawsuit filed last month in Chicago federal court in which she accused the Trump administration of illegally withholding funds previously authorized by Congress.

Madigan argued that the executive branch does not have authority to withhold funding, saying, “The Constitution vests the spending power in Congress, not the President.”

The counties of San Francisco and Santa Clara also sued the Trump administration over that executive order, which had put nearly $3 billion in funding to the two counties at risk. A Northern District of California court issued an order of summary judgment to the City and County of San Francisco and the County of Santa Clara, and issued a nationwide injunction against the DOJ’s policy.

The California appellate court panel in general agreed with the lower court, noting that the U.S. Supreme Court has found, “[t]here is no provision in the Constitution that authorizes the President to enact, to amend, or to repeal statutes.”

“We conclude that, under the principle of Separation of Powers and in consideration of the Spending Clause, which vests exclusive power to Congress to impose conditions on federal grants, the Executive Branch may not refuse to disperse the federal grants in question without congressional authorization.”

The judges, however, sent the case back to the lower court for “reconsideration and further findings,” due to “the absence of specific findings underlying the nationwide application of the injunction” by the lower court.

In a dissenting opinion, appeals court judge Ferdinand F. Fernandez opined that the district court “fail(ed) to accord the Executive Order a fair enough reading (which) resulted in its abusing its discretion when it issued the injunction.”

In a statement released Aug. 1, the U.S. Justice Department condemned the appellate court ruling as a “victory for criminal aliens in California.”

But Madigan, like officials in San Francisco and Santa Clara Counties, said that the grant funding is essential in assisting local law enforcement pay for such things as additional police personnel, equipment, and training, drug treatment and enforcement programs, and support programs for crime victims and witnesses.