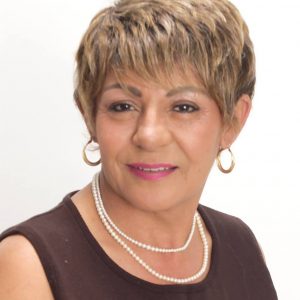 The question of whether a candidate can be elected to boards of both a village library and an elementary school is being asked in Bellwood in the campaigns of three different candidates — one of whom is already serving on both boards.

Dorothy Clark-Smith, 68, was elected as a trustee of the Bellwood Public Library for a six-year-term in 2011. She was elected to the Bellwood District 88 school board for a four-year term in 2013. Both terms are up now, and Clark-Smith is running for re-election. Last year Clark-Smith served as president for both boards simultaneously in the town, population 19,000.

Now two other women, Deborah L. Giles and PTA leader Maria A. Perez, are wanting to double their fun by running for both boards, too. All three candidates had their candidacy challenged in December and are facing electoral board hearings in the weeks to come.

In question is the concept of “compatibility of offices” and and whether membership on the two boards would present a conflict of interest. Newcomers Giles and Perez point to Clark-Smith’s four-year stint serving on both boards, saying if she can do it, so can they. The novice candidates cite a 1993 Attorney General opinion letter written by the late Roland Burris saying school and library boards are not incompatible. The two newbie candidates also say they’ve found nothing in the library code or school code that prohibits serving on two boards. 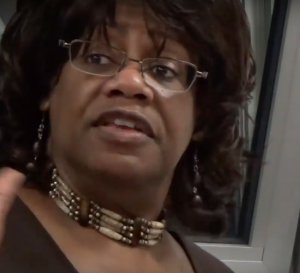 Bellwood was the job site of one of Illinois’ most famous “double-up” civil servants, former Village Comptroller Roy McCampbell. McCampbell earned $472,000 by allegedly working at 10 village positions simultaneously. Fired in 2010, and faced with theft charges, McCampbell continued to collect his $250,000-per-year pension for six years as the case worked its way through court. In December, as part of a plea, McCampbell of Schiller Park, agreed to trim his pension by $100,000 in exchange for a misdemeanor sentence.

The difference between McCampbell and those running for two boards, Giles pointed out, was that she and her fellow candidates were volunteers, running for non-paying positions. The fact that the posts are unpaid may also work in the candidates’ favor when courts determine whether the two boards are “compatible.”

Giles and Perez are running as reformers, taking on the troubled D88 school district, currently under financial watch status with the Illinois State Board of Education.

The new candidates object to Supt. Rosemary Hendricks who was hired and let go twice in 2007 and 2010 with  $75,000 and $45,000 severance packages, respectively. The board hired her a third time, with Dorothy Clark-Smith as president. Hendricks served as an interim in 2015 and finally was hired as a permanent employee, for a salary of $175,000, the Tribune reported. The Tribune also reported that the district employed two of Hendricks’s daughters in 2016. 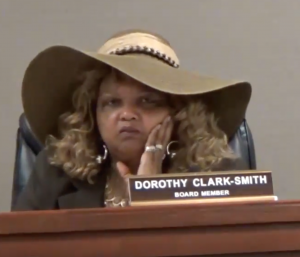 Clark-Smith declined to comment on her twin re-election campaigns while her hearings were taking place.

Perez would not speak about her campaign during the candidate challenge period. But in public school board meetings, she has criticized the current D88 board as wasters of taxpayer money and said students are leaving the district.

Giles, a member of Friends of the Bellwood Library, complained last spring about oversized travel expenses for board member trips and how board members allegedly demanded per-diem checks in advance of up to $1,050 and did not submit receipts.

The double race is all-or-nothing, Giles said. If any of the dual-race candidates is booted from the ballot in these challenges, she will not be able to run for any of the positions, Giles said.

Campaign challenges will be over by Jan. 26, when candidates will be certified on the April 4 ballot.