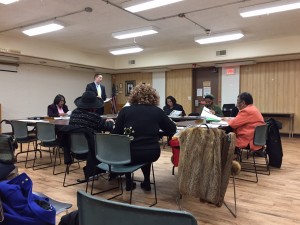 When Bellwood librarians travel to attend conferences, they submit receipts for a meal at a chop-suey house or a salad at Cheesecake Factory. But when Bellwood Public Library trustees attend out-of-state conferences, hotels and airfare are covered and they also receive a $150 per diem, payable in advance by check.

This discrepancy bothers Bellwood resident Deborah Giles, who is also a member of the Friends of the Bellwood Library.

“It’s frustrating because I know they need to redo the bathrooms and they need a new elevator,” Giles said. “And their boiler is shot.”

In 2014, trustees spent almost 10 times more than staff on travel, according to documents obtained by the Freedom of Information Act. Members of the board spent around $13,300 to travel to the American Library Association convention in Las Vegas, but staff spent only $1,377 to attend Illinois Library Association events in Springfield. (Two trustees also went to Springfield). Trustees were cut checks between $900 and $1,050 for incidental expenses.

For a small-town library, Giles thinks so many members of the board traveling is not worth the money.

“These are taxpayer dollars,” Giles told the board at the library’s Feb. 10 meeting. “You are spending it like you are top management in a corporation. You are not supposed to receive compensation but I don’t see you turning in any receipts.”

Last year, four board members travelled to the ALA convention in San Francisco, where they stayed for five days at the Park Central Hotel. One trustee attended the ALA midwinter conference in Boston. All told, trustees racked up more than $16,700 in travel expenses. Documents show one board member, Sharon Tharpe, attended the ALA conference although she’s usually a no-show at board meetings, attending only a couple in the past year, minutes show.

The amount spent by staff in 2015 was much lower. Library Director Jacqueline Spratt also traveled to San Francisco, but she and other staff members who attended the Illinois Library Association conference at the Peoria Civic Center and the Digi-Palooza conference in Cleveland spent only around $3,300.

Even when events are a short distance away, board members rack up hotel bills. Several trustees attended a Feb. 13 trustee workshop at the Chicago Marriott Hotel in Oak Brook and booked overnight stays. They also got $75 per day in a check.

Spratt said the pre-paid check system was in place when she became director a year ago and she just continued the tradition.

New Board President Mary Clements and former president Regina Greene both declined to respond to emails for comment. 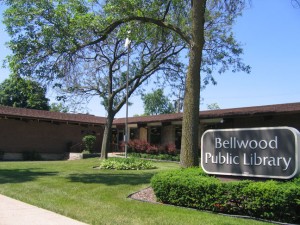 However, “the board might want to think about how they’re best using resources,” Reed said. “Those expenses might well be excessive. The best way is for trustees to be held accountable to go to meetings and submit reports. And to file receipts.”

Former United for Libraries Executive Director Peggy Danhof, who is herself a trustee on the Fountaindale (Illinois) Public Library says trustees learn a lot at conferences and if the library can afford it, they should go.

“Libraries send trustees to conferences to be educated on how to be a good trustee,” Danhof said. “I’ve gone to conferences where I don’t have minute to breathe. It may appear to be ‘fun-time USA’ but it definitely is not. We do bring home the information we get.”

She said best practices were that trustees should share what they learned at the conferences, preferably in a written form.

Maywood resident Chuck Baxter, a former Proviso Township trustee, introduced himself to the board in May, 2015 as “public affairs consultant for the new majority library board of trustees,” according to a letter presented to the staff.

Baxter said in a phone interview that Bellwood trustees were encouraged to take “two out-of-town trips” per year. “You can go to neighboring libraries and they go on trips,” Baxter said.

He said the director set the budget and made arrangements for the trustees to stay overnight locally.

“Why did she set it up that way? The board doesn’t put the budget together, [Spratt] does,” he said.

Giles said it’s discouraging to plan fundraisers and book sales for Friends of the Library when she’s not sure resources are being used in the best way.

“I wonder how much [trustees are] actually learning and how much is just like a vacation,” she said.