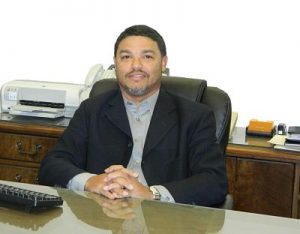 It’s been nine months since a Cook County Chancery Court judge ruled that Broadview Public Library could move ahead with a plan to build an addition and renovate the building, with $4.1 million approved by voters in a 2012 referendum.

But a legal feud with the village has dragged on — now fueled on by a political struggle between two factions of the village board.

The library filed a lawsuit last year alleging that Mayor Sherman Jones and Building Commissioner David Upshaw — who also serves on the library board — were deliberately delaying and sabotaging the library’s construction project, which should have started in 2013. The library’s board members have alleged that Jones retaliated against the library for rejecting his proposal to partner with hand-picked developers to build a strip mall in another location with the library on the second floor. Jones and Upshaw did not return messages left for comment.

In May, Judge Diane Larsen overruled the village board’s rejection of the library’s 2013 zoning variance and ruled that the library could move forward to submit permits for their original 5,000-square-foot addition on adjacent land to the building at 2226 S. 16th Ave.

But the case has dragged on.

In November, 65 percent of Broadview voters ousted Jones by approving a two-term maximum term-limit for mayor — meaning Jones was out in April.

Then, four trustees, who have clashed with Jones, jumped into the lawsuit by filing a “motion to intervene.” The suit said Broadview village attorney Mark Scarlato of Fornero Law was not accurately representing the majority board members, Judy Brown-Marino, John Ealey, Tara Brewer and Diane Little in settlement talks with the library. Even though the four-trustee majority had wanted to work to settle the case, Scarlato’s correspondence to the library’s lawyers, submitted as an exhibit, threw up roadblocks, saying the library would have to re-apply for zoning variances and then submit building permits. Phil Fornaro, of Fornaro Law filed an objection to the motion to intervene in January.

The new motion and the infighting among village trustees and their competing lawyers has just given village attorneys more excuses to delay, said Library Board President Katrina Arnold.

“Now there are three law firms involved and all this does is eat up taxpayer’s money,” Arnold said. The library has asked the village to reimburse $56,000 in legal fees, but Arnold said the true costs of the library’s legal expenses could be around $83,000. The Chronicle was unable to confirm the amount of legal fees spent by the village.

The library’s lawyers also ask for permit and review fees to be waived and for a $300,000 payment from a TIF district.

Because of delays and debt service payments, the library nest egg for the new addition is short about $1.2 million, Arnold said. Less money available shrinks the scope of the project, she said.

Architects are now suggesting the library “scale down the footprint of the expansion” and cut 2,000 square feet from the lower level. The new façade will only cover the front and one side of the building, she said. Worst of all, the library will give up on purchasing new computers, but will install upgraded infrastructure to support the computers if they are ever purchased.

“If we do get the money, we can come back later and still do it,” Arnold said.

The next hearing will take place March 3.

Jones is not giving up on participation in the village board.  He and Upshaw are both on the ballot for village trustee in the April 4 consolidated elections.