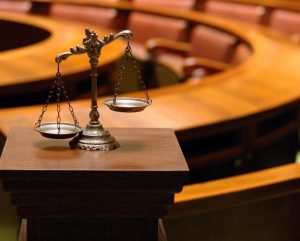 A Chicago police officer is one of nine men from around the Chicago area charged on Nov. 12 in connection with a wide ranging conspiracy to defraud the Federally funded Illinois Women, Infants and Children program.

Hassan “Eric” Abdellatif, a Chicago police officer since 2018, was also charged with two tax offenses for allegedly willfully failing to file two years of corporate tax returns for one of his groceries. He was released on $150,000 bond at a court hearing Nov. 12. He has reportedly  been relieved of his police powers.

The other eight defendant were ordered released on $10,000 bond or less. They are:

The indictment lists WIC redemptions by the stores between 2010 and 2019 at more than $16 million.

The scheme additionally involved depositing WIC checks fraudulently redeemed at one store into a bank account associated with another store in order to conceal the volume of sales being conducted with WIC checks at certain stores.

Abdellatif and others withdrew several of the stores from participation in the WIC program, prosecutors allege, to evade detection from the Illinois Department of Human Services regarding the stores’ fraudulent WIC redemptions, then subsequently re-opened those stores under the name of a third party in the same physical location as the withdrawn store. Abdellatif and others allegedly maintained management control of those stores while the third party held “nominal ownership” in the businesses.

Abdellatif, Hamdan and Ehab Khraiwish, along with three other defendants, have a status hearing on Dec. 6.