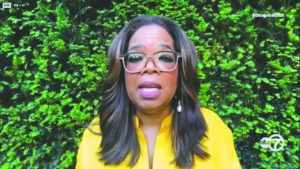 They may not have gotten a prom or a group graduation, but they did get farewells from Oprah Winfrey, Common, Patrick Kane, Kris Bryant, J.B. Pritzker, and a host of other Chicago celebrities.

A star-studded sendoff was provided Sunday afternoon for the 35,000 graduates of Chicago high schools through a virtual graduation ceremony. “Grad 2020: For Chicago. By Chicago” provided praise of the graduates for completing their schooling under the trying times of the coronavirus and challenged them to make a difference in the city, country and world going forward.

Lightfoot challenged the graduates to create a city that looks different in 2030 than it does now.

“I want to hear from you on what 2030 will look like,” Lightfoot said, encouraging youth to send their ideas to her at mayor2020@cityofchicago.org.

“Building a better Chicago in 2030 starts today,” the mayor said. 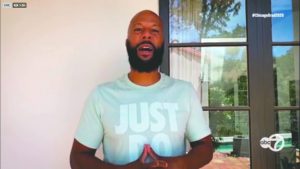 “High school is a collection of moments you will carry with you,” Jackson told the graduates. “Nothing, not even a global pandemic, can take that away from you.”

She said today’s youth are stereotyped as indulged and coddled, not prepared for hard times.

“I hope COVID-19 put an end to that. You have proven that your generation can do much more than cope,” Jackson said. “Years from now, I believe you will remember this time for what you learned rather than what you lost.”

Oprah Winfrey encouraged the graduates to make a difference in the lives of those around them and in the world.

“Show up for the people who have shown up for you,” said Winfrey, who spent more than 25 years in Chicago when doing her talk show. “One small, shimmering act of goodness at a time will make this city, this planet better.”

Winfrey said graduates do not need to know today how they want to spend the rest of their life.

“You have the next few years to figure that out,” she said. 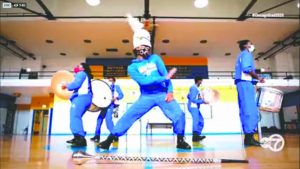 However, she did say that the graduates do need to “take responsibility for who you are” as they step into adulthood.

Winfrey encouraged the graduates to use their voice as adults by voting in national elections, but also in local elections and to hold officials accountable for their actions.

She also urged graduates to be active in their community by helping nonprofit agencies.

“Use your education, skills, and talents building on the work being done,” Winfrey said. “There is never a shortage of need for your services. The list is long.”

She also told the graduates to stand up for racial equality in the wake of George Floyd’s murder in Minneapolis.

“Don’t give up on the truth. It’s worth fighting for,” Winfrey said. 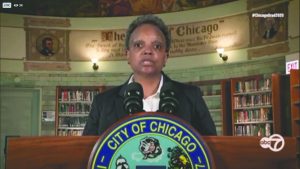 Chicago Mayor Lori Lightfoot challenges grads to create a Chicago that looks different in 2030 than it does today. (Screenshot from Chicago Mayor’s Office Facebook page)

Jahmal Cole, CEO and founder of My Block My Hood My City, a nonprofit fighting for social justice, urged the graduates to set big goals and surround themselves with people looking to do big things as well.

“Don’t stand next to nobody trying to (just) stay out of the way,” Cole said. “Find your purpose.”

Chicago rapper Common said youth should be proud of their accomplishment, making it to graduation during a trying time.