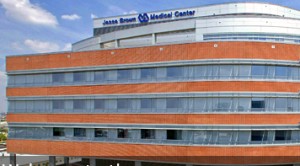 U.S. veterans received good news last week with the announced plan for an additional 450 Housing Choice Vouchers for U.S. Veterans, one more step in the fight to end veteran homelessness in Chicago.

Through the Mayor’s initiative, the CHA will provide up to 150 vouchers per year, through 2018, to house veterans enrolled in Supportive Services for Veteran Families (SSVF), a program funded by the United States Department of Veteran Affairs (VA).

“No veteran who fights for our homeland should ever be without a home of their own. That is why we are working to finally end veteran homelessness in Chicago and with the help of this effort by the Chicago Housing Authority we take another step toward achieving that goal,” said Mayor Rahm Emanuel. “By continuing to collaborate with our key partners from the city and the federal government we will finally end veteran homelessness once and for all in Chicago and give our men and women who served in uniform a future worthy of their sacrifice.”

“CHA is proud to be part of the ‘Ending Veteran Homeless Initiative,’ and to be part of Mayor Emanuel’s challenge to end veteran homeless in the City of Chicago,” said CHA Acting CEO Eugene Jones, Jr. “CHA has a long history of working with the VA, and will continue to leverage the power of affordable, safe and stable housing to help build vibrant communities throughout Chicago.”

In 2014, the City of Chicago and the Chicago Continuum of Care committed to ending veterans homelessness in Chicago. CHA is a proud partner in this effort.

“The CHA has been an active and valued member of our city’s collaborative effort to end veteran homelessness,” said Nonie Brennan, CEO of All Chicago Making Homelessness History. “Their plan to dedicate more Housing Choice vouchers for veterans demonstrates their commitment to making sure all our veterans have a place to call home.”

Ed Shurna, Executive Director at Chicago Coalition for the Homeless, said “We are happy to see the CHA play a role in ending homelessness for our veterans,”. “This is a positive step, and we look forward to working with the CHA to have a larger impact on homelessness in general,”

The SSVF program is administered through various local non-profit organizations to provide supportive services for low-income veteran families residing in or transitioning to permanent housing. These services are designed to increase the housing stability of veteran families who are at-risk of or experiencing homelessness.

“The Department of Veteran Affairs and Jesse Brown VA Medical Center (VAMC) is committed to ending Veteran homelessness here in Chicago and nationwide,” said Ann Brown, Jesse Brown VAMC Director. “It is a reality that can be achieved through the strong community partnerships we have with the Chicago Housing Authority, HUD and the Chicago Continuum of Care.”