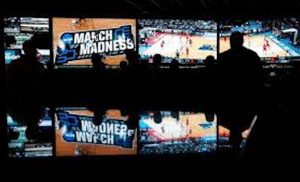 A Chicago man has been charged with conducting an illegal sports gambling business and concealing the income in a bankruptcy proceeding.

Michael Frontier, also known as Ira Goldberg, Brian Seagal and Matthew Sullivan, provided bettors with gambling accounts at an online sports book in Costa Rica, according to a 14-count indictment returned in U.S. District Court in Chicago. Frontier paid a service fee to the sports book for use of its platform, and then personally collected or paid cash to the bettors depending on the outcomes of their bets, the indictment states.

The charges allege that Frontier concealed his gambling income when he fraudulently obtained an order from the U.S. Bankruptcy Court discharging his debts, including a $1.5 million civil judgment against him for negligence in a motorcycle accident. Frontier used the fraudulently obtained bankruptcy order as leverage to ultimately settle the negligence case for $4,500, the indictment states.

His arraignment in federal court in Chicago has not yet been scheduled.

Each count of money laundering carries a maximum sentence of 20 years in prison, while the other counts in the indictment are each punishable by up to five years.