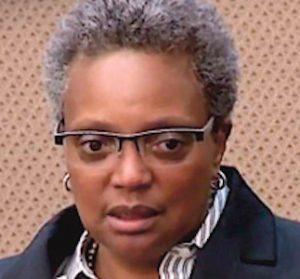 Chicago Mayor Lori Lightfoot says federal Immigration and Customs Enforcement agents will get no support from the city in any planned raids.

“We are all aware of the threat from President Trump regarding raids by ICE, and in response, Chicago has taken concrete steps to support our immigrant communities,” Lightfoot said in a statement Friday.

“I have also personally spoken with ICE leadership in Chicago and voiced my strong objection to any such raids,” Lightfoot said. “Further, I reiterated that CPD will not cooperate with or facilitate any ICE enforcement actions.”

“Next week ICE will begin the process of removing the millions of illegal aliens who have illicitly found their way into the United States,” the president wrote. “They will be removed as fast as they come in … .”

On June 18, before boarding his Marine One aircraft, the president reiterated that the ICE raids were coming.

“They’re going to start next week,” Trump told reporters, “and when people come into our country and they come in illegally, they have to go out; and everybody is seeing that.” 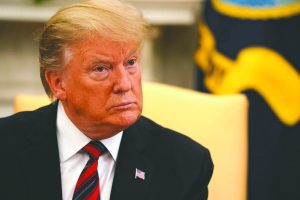 He said that Mexico and Guatemala are doing a very job in stemming illegal migration headed to the U.S. border.

Lightfoot said that the city would be ready to help immigrants in whatever way needed.

“Chicago will always be a welcoming city and a champion for the rights of our immigrant and refugee communities; and I encourage any resident in need of legal aid to contact the National Immigration Justice Center.”