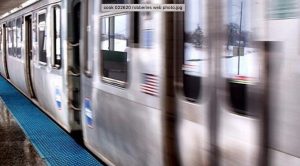 Chicago police are investigating a string of robberies involving two modes of transportation in the city, as well as the robbery of a delivery driver on the same street as two other heists.

Police are probing robberies at the CTA Red Line station at 63rd Street, as well robberies in taxis and ride shares in the Grand/Central area of the city.

In the robberies at the Chicago Transit Authority station in the Englewood neighborhood, the offenders approached victims and hit them as they stole property.

The CTA station robberies occurred at:

In the Grand/Central robberies — all on the 1200 block of North Mason Avenue — one or two offenders were passengers in a taxi/ride share vehicle. As the offenders arrived at the location in the 25th Police District and exited the vehicle, one of the offenders displayed a handgun.

In another Grand/Central robbery, an offender ordered food and upon the victim arriving in his vehicle, the offenders robbed him.

The robbers have demanded money, cell phones and other valuables from the victims before fleeing on foot.

The 25th District robberies have been at:

In two of the Mason Avenue robberies, an offender was wearing a ski or surgical mask.

Police offered the following tips to avoid being robbed and how to react, if a robbery victim:

Anyone with information on the CTA robberies or the offenders should call the Chicago Police Department’s Bureau of Detectives for Area South at 312-747-8273. Regarding the Mason Avenue robberies and offenders, contact Area North detectives at 312-744-8263.