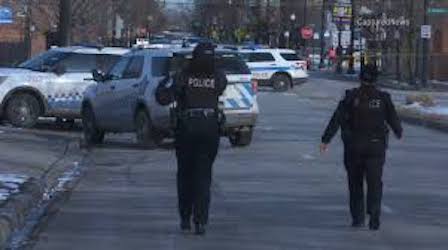 A store in Chicago’s Printers Row was robbed at gunpoint Wednesday, May 13.

Police said a man walked into a store in the 500 block of South State at 10:55 p.m. Wednesday and displayed a black handgun to the clerk. The offender then demanded all the cash from the register and took other proceeds. He then fled in an unknown direction.

No one was in custody for the robbery as of Thursday afternoon.