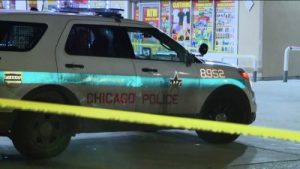 Chicago police have issued warnings after a string of armed robberies and carjackings on the city’s Near West Side and robberies in the Deering neighborhood.

In the late night/early morning incidents on the Near West Side (12th Police District), offenders approached the victims, displayed a handgun and demanded the victims’ cell phones or vehicles.

The incidents occurred at:

In the Deering (9th District) robberies, offenders approached the victims and demanded or took property by force.

The offenders are two black men about 30 years old. One was wearing a blue Cubs hat in the robberies.

Police offered the following tips to avoid being the victim of a robbery or burglary and how to react, if robbed:

Anyone with information on any of the robberies or carjackings should contact the Chicago Police Department’s Bureau of Detectives for Area Central at 312-747-8380 or 312-747-8382.