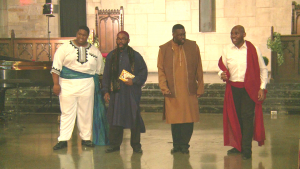 A Gilded-Age classical score from 1896 — rediscovered in a Hyde Park basement — gave Chicago tenor soloist Henry Pleas III a flash of inspiration in his quest to bring under-represented composers into the public eye.

“My grandfather was an avocational singer who had a special room in the basement just filled with sheet music,” Pleas said. The score was “In a Persian Garden,” a song cycle by London’s female composer Liza Lehmann, inspired by the Rubaiyat of Omar Khayyam.

“I already knew one song from the song cycle, ‘Ah Moon of My Delight,’” he said. “There in the basement was the whole score.”

Pleas performs as a soloist at Lyric Opera and as leading tenor in operatic productions throughout the US and Europe. He founded the Unveiled Voices arts organization to create exposure for little-known composers and performers.

Pleas, who is African-American, immediately heard the piece with the voices of three other black male opera singers of his acquaintance. He rounded up Chicago-based bass-baritone Vince Wallace, an old friend from the “Second Pres” choir at the Second Presbyterian church on Michigan Avenue in Chicago. Wallace performs with Lyric and the Grant Park Symphony, as well as the Opera Company of Philadelphia.

Pleas also approached male soprano (countertenor) Carl Alexander, 23, the youngest performer to receive a master’s in voice and opera from Evanston’s Bienen School of Music. Pleas rounded out the quartet with Matthew Truss, a New York-based contralto from the Metropolitan Opera Guild. The group was accompanied by pianist Charles Thomas Hayes, with staging by former Lyric Assistant Director Amy Hutchison. 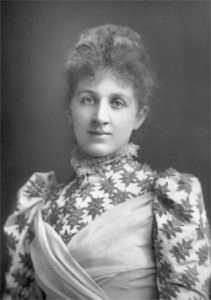 The performance was “workshopped” to enthusiastic crowds at Unitarian Church of Evanston and University Church in Hyde Park July 7 and 8.

“We all know women and people of color are not fully represented on our concert stages,” Pleas said in Hyde Park. “It seems to me that the only way we can address that is to start producing things ourselves.”

“Henry was a genius to cast it this way,” Wells said. “To bring Liza back and show her experiencing her own music. It was important she talked to the audience to prepare them to receive this piece.”

Performing the work with men’s voices singing the traditionally female alto and soprano parts presents a visual twist, but it’s not so unusual, and may have been how Lehmann envisioned the work.

In a 1910 visit to Chicago, Lehmann performed on the piano, accompanying “Master Albert Hole, a boy soprano,” the Chicago Tribune music critic wrote. “[Hole] has as a lovely a voice as has been heard here in many years.”

Liza Lehmann (1862-1918) was raised in cities throughout Europe in a musical household studying singing in London with Jenny Lind, “the Swedish Nightingale.” She also received musical encouragement from Clara Schumann. Lehmann retired from the stage and decided at age 32 she wanted to try her hand at composition. “In a Persian Garden” was a hit that swept through England, Europe and the United States at the turn of the 20th century. 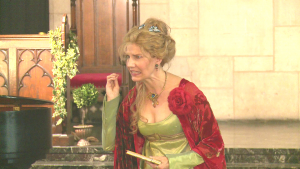 Edward Fitzgerald’s loose translation of the Rubaiyat (“A jug of wine. A loaf of bread. And Thou.”) caught the imagination of Romantic era novelists and artists.

Lehmann claimed the music flowed straight from the poetry.

“It may be said unhesitatingly that ‘In a Persian Garden’ is the strongest work of its kind which has emanated from a lady’s pen,” wrote a critic after the December 1896 London debut at St. James’s Hall, in Piccadilly.

Pleas hopes to unveil more performances of “In a Persian Garden” in the coming months. Learn more about In the Unveiled Voices Project at www.unveiledvoices.org.